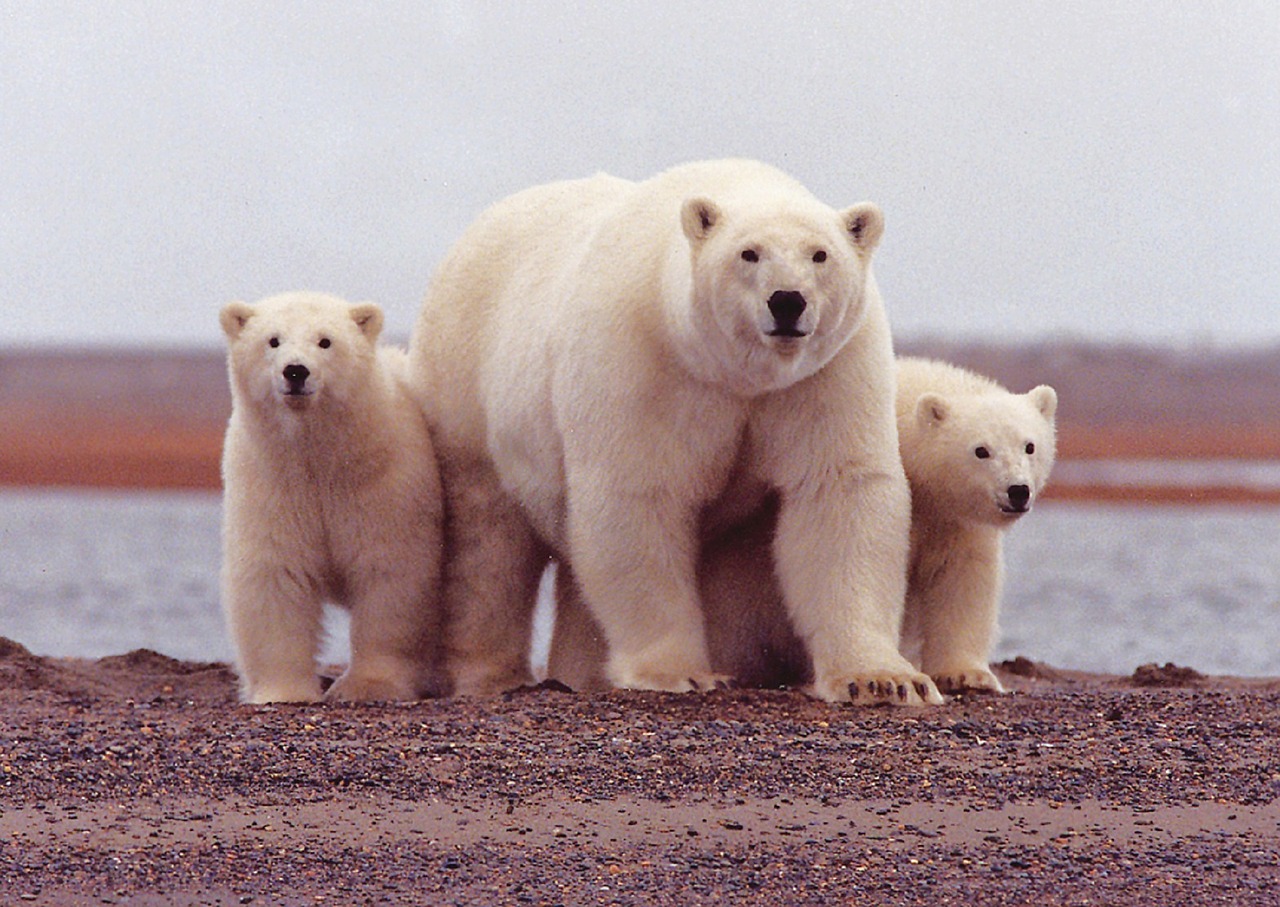 Polar bears burn more calories than previously thought, according to a new study published in the journal Science.

Polar bears are the worlds biggest and heaviest predator on land. Now, the North’s ‘apex predator’ is threatened by receding sea ice in the Beaufort Sea. Polar bears are dependent on being able to get out on the sea ice to chase seals. A new study shows that polar bears are more vulnerable than previously thought.

“Basically, [the] bears are having less opportunities to catch seals and they’re exhibiting greater movement patterns than they had historically, and that’s influencing their survival rates and their reproductive success,”

– Anthony Pagano, the study’s lead author and a research wildlife biologist with the U.S. Geological Survey based in Anchorage, Alaska.

The study examines the foraging habits and feeding requirements of polar bears. Tracking them by GPS tracking collars as they hunted for food across hundreds of kilometers of Beaufort Sea ice offshore Prudhoe Bay, Alaska.

The American and Canadian researchers studied nine female polar bears in the Beaufort Sea for three years in April, between 2014-2016. By measuring their metabolism and seeing how they move around using GPS and camera, the researchers noticed that the polar bears used up 60 percent more energy than previously estimated. More than half of the female bears lost weight during the period.

As sea ice melts in the warming Arctic region, polar bears are forced to travel for longer distances to find prey, as well as move farther north with the retreating ice in the summer. As they move greater distances, they use up more energy which they find harder to replenish.

Today, there are just over 20-25,000 polar bears around the world. This study is important to our understanding how climate change can affect the future of polar bears.