Home /Environment/Climate/Temperatures to Rise 1.5 Degrees Celsius by 2030-2052 without Rapid Steps According to U.N. Report
Advertisement 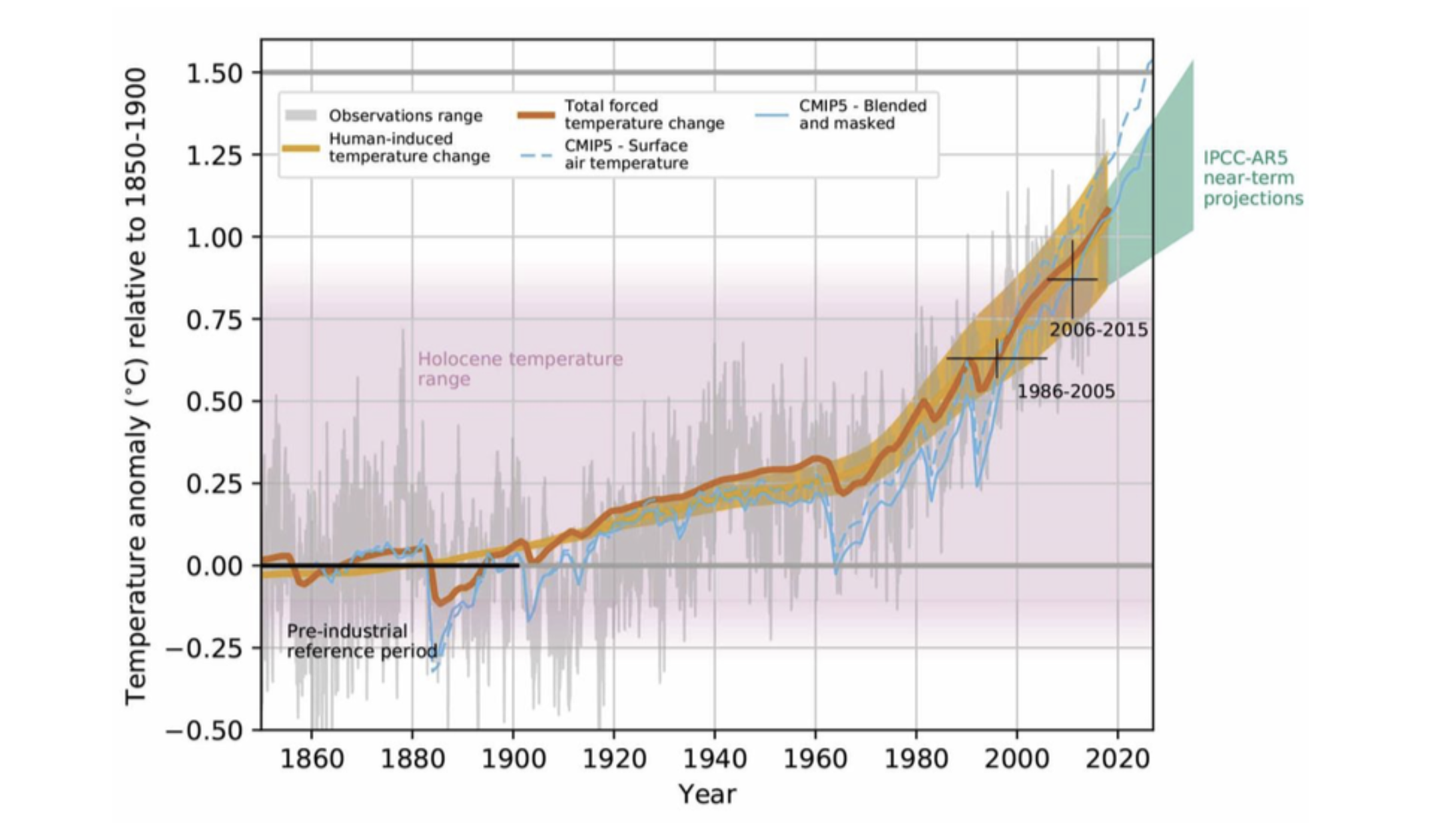 The dense, science-heavy, survey is the most significant warning about the impact of climate change in 20 years.

After three years of research and a week of haggling between scientists and government officials at a meeting in South Korea, the Intergovernmental Panel on Climate Change (IPCC) has issued a special reportt on the impact of global warming of 1.5C.

The survey was commissioned in 2015 by the then 195 signatories of the Paris climate agreement—which commits them to keep warming “well below” 2°C and to “pursue efforts towards 1.5°C”.

The IPCC report goes to great lengths to point out the differences between allowing temperatures to rise towards 2 degrees C above pre-industrial times, or keeping them nearer to 1.5. A half a degree doesn’t sound like much but whether it is coral reefs, crops, floods or the survival of species, everyone and everything is far better off in a world that keeps below 1.5C.

The past decade has seen an astonishing run of record-breaking storms, forest fires, droughts, coral bleaching, heat waves, and floods around the world with just 1.8 degrees Fahrenheit (1.0 degrees Celsius) of global warming.

The IPCC report that 1.5 degrees Celsius could be reached in as little as 11 years—and almost certainly within 20 years without major cuts in carbon dioxide (CO2) emissions. Even if such cuts were to begin immediately it would only delay, not prevent, 2.7 degrees Fahrenheit of global warming.

the IPCC insists that fossil fuel use must be slashed from over 80 percent of global energy today to zero by 2050 – and the world must spend $2.4 trillion per year for the next 17 years to subsidize the transition to renewable energy. That’s on top of the $2 trillion per year already being spent on Climate Crisis, Inc. research, consulting, carbon trading and renewable projects.

The special report produced by an international UN council, the Intergovernmental Panel on Climate Change (IPCC), was released on 8 October 2018. The report was a synthesis of the latest research (as of May 2018) and a very significant addition detailing where we are, where we must aim to be and what are the ways forward.

Some of the IPCC report’s overarching conclusions:

The global average temperature today is about 1C above the pre-industrial temperature.
Impacts are disproportionately larger in a world warmer by 2ºC than by 1.5ºC.
India is among the countries at greatest risk.
The fundamental science of the climate system has not yet made it impossible to restrict temperature rise to “only” 1.5ºC.
However, the action required is historically unprecedented in the scope and depth of global political will and cooperation.