Over 8.3 billion metric tons of plastics made by humans to date

Home /Environment/Pollution/Over 8.3 billion metric tons of plastics made by humans to date
Advertisement

How much plastic has been manufactured ever since we started producing larger amounts of plastic? Researchers have tried to answer that question with a new study. 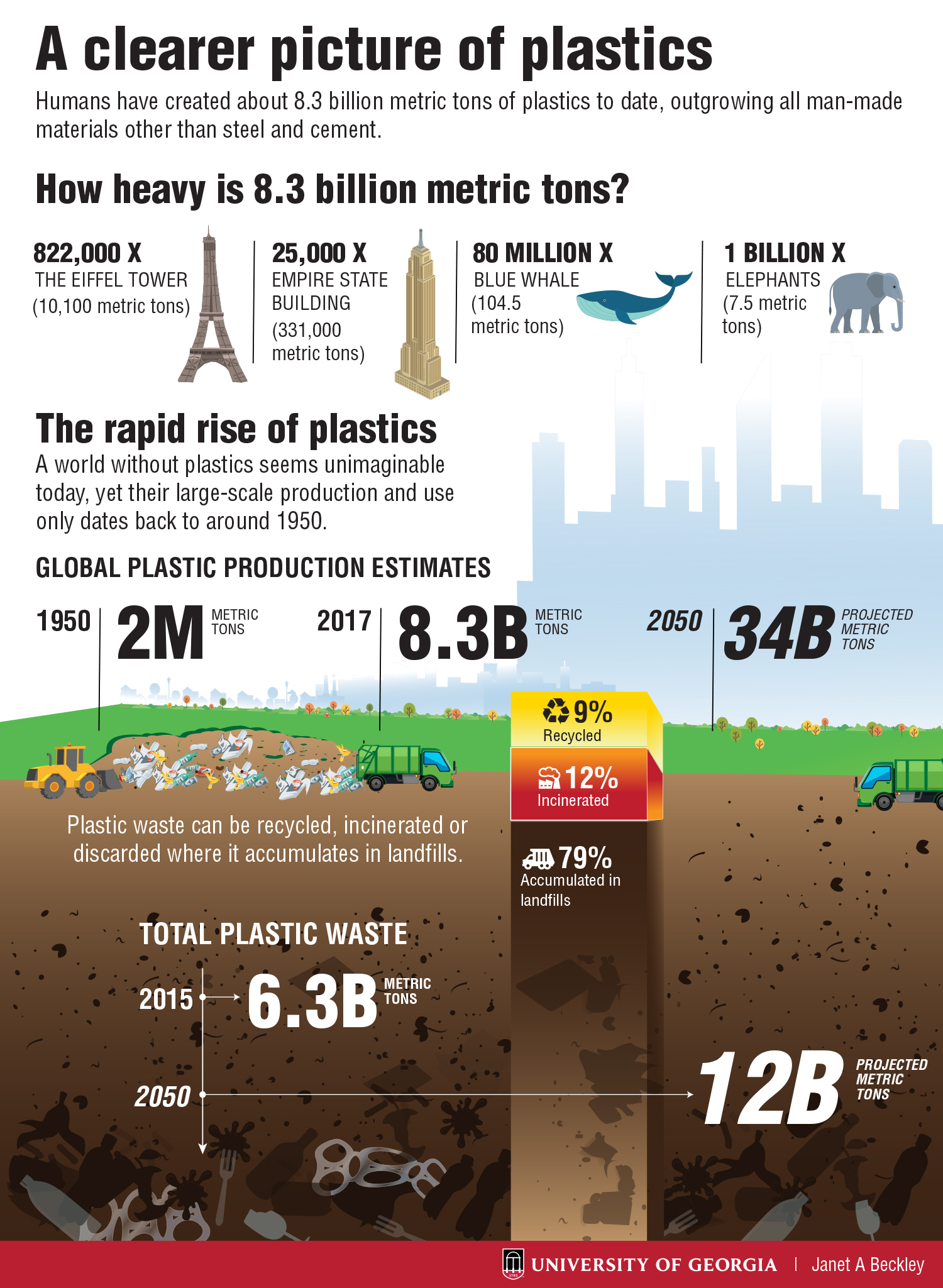 It was in the 1950s we humans started producing large amounts of plastic. Since then, 8.3 billion tons of plastic have been produced in the world according to a new study.

If you were to cover all of Argentina with this plastic – Argentina is a big country mind you – the plastic would cover the whole country with at least 10 centimeters of trash.

The figure has been calculated using data from industry organizations and national statistics from different countries. The data makes it easier to understand that there is really a lot of plastic out there and highlights the environmental aspects of this non-biodegradable material.

Of the 8.3 billion metric tons of plastics in total, 6.3 billion tons have already become waste. Of that waste total, only 9 percent was recycled, 12 percent was incinerated and 79 percent accumulated in landfills or the natural environment.

Since the study has attempted to cover statistics for the whole world, it will be a good starting point for studying this topic closer in future research.