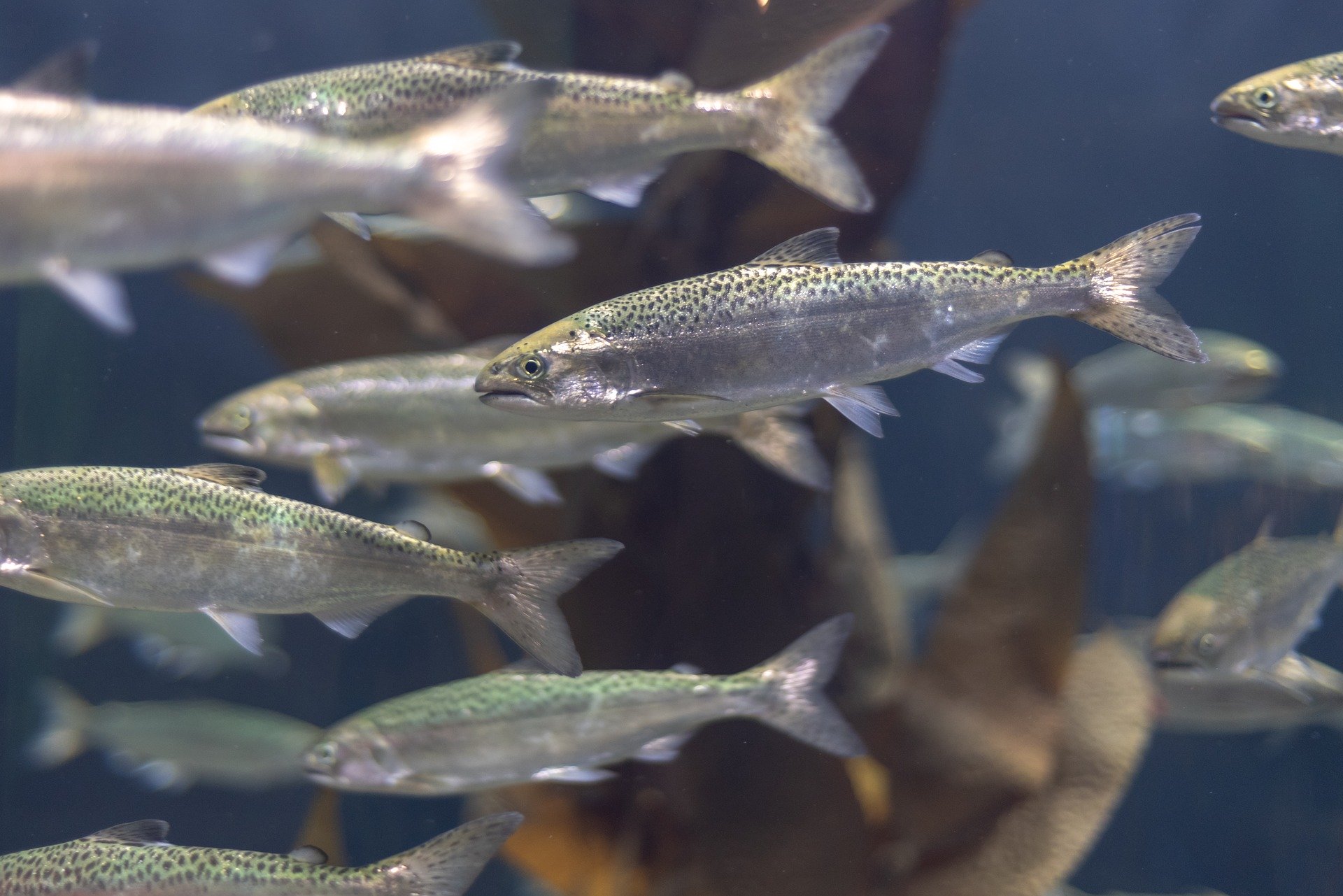 Today, fish farms contribute to overfishing by feeding the fish with wild-caught fish. But efforts are in motion to cultivate algal that aims to change this paradigm.

The company Veramaris received a $ 200 million investment and built a plant that produces algae oil from microalgae. The company won the F3 Fish Oil Challenge, an incentive prize designed to help accelerate commercial-scale ingredients for aquaculture feed that meet the nutritional requirements of fish to produce healthy seafood for consumers without utilizing wild-caught fish.

Since fish do not actually produce omega-3 fatty acids, but instead accumulate them from either consuming microalgae that produce these fatty acids, as is the case with forage fish like herring and sardines or consuming forage fish, as is the case with fatty predatory fish like salmon. To satisfy this requirement, more than 50% of the world fish oil production is fed to farmed salmon.

Currently, most fish are fed with fish oil or meal. We sustainably tackle the current aquaculture practice with the innovative approach of using natural marine algal oil to eliminate the need to harvest fish for fish feed. pic.twitter.com/WGbLEfLrRE

The Veramaris algal oil contains high levels of the omega-3 fatty acids EPA and DHA. These are the fatty acids that farmed fish need, in particular, salmon farming.

Salmonid aquaculture production grew over ten-fold during the 25 years from 1982 to 2007. In 2012, the leading producers of salmonids were Norway, Chile, Scotland, and Canada. The growing industry is putting demanding more omega 3 oil, but due to depletion because of unsustainable fishing, the salmon industry needs alternatives.

There are several companies investing in alternatives, but Veramaris has come the farthest in its quest with a new microalgae plant in Nebraska, USA. The plant started this year and the company expects to be able to replace 15% of the wild-caught fish in the global salmon breeding within 18 months.

Veramaris is a joint venture of DSM and Evonik. Headquartered at the DSM Biotech Campus in Delft, the Netherlands. The $ 200 million prizes will provide well-needed funds to help ramp up production volume. All that is lacking is scale and lower prices.

“We are pleased with the efforts made by all of the contestants to innovate and sell fish-oil alternatives for aquafeeds that don’t rely on ocean resources,”

“I know this is just the beginning for Veramaris and others to address a major bottleneck in the supply chain for aquafeeds support healthy farm-raised fish and healthy oceans in the future.”

– Kevin Fitzsimmons, F3 Challenge chair and professor at the University of Arizona.

Norwegian salmon growers already use this algae oil and the world’s largest salmon producer Movi will now test the algal oil in its production. The big hook with the algae oil is the price. It is expensive. But with economies of scale pushing down prices and with overfishing pushing up prices of wild-caught fish – the equilibrium will probably be reached sooner rather than later.