The 2013 Nobel Prize in Medicine 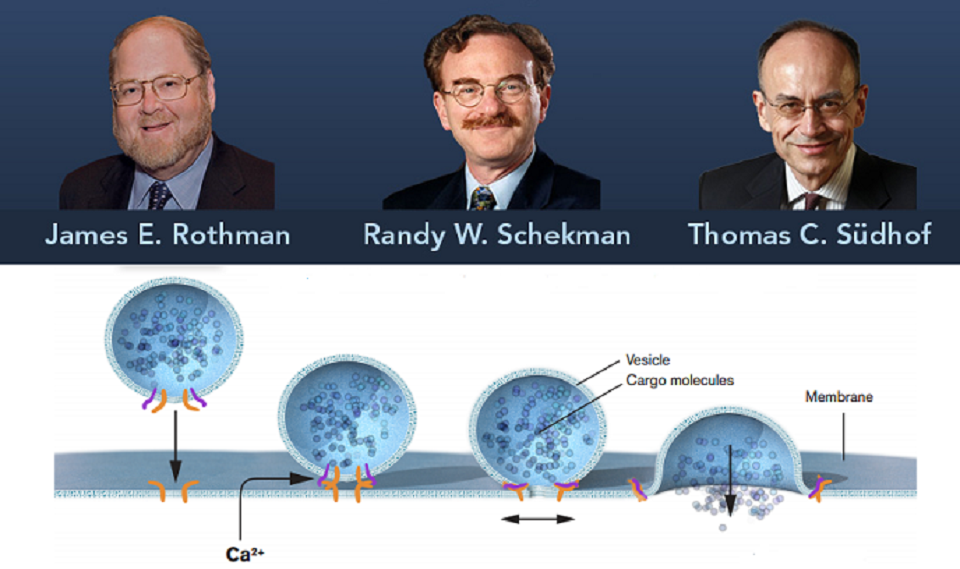 The 2013 Nobel Prize honors three scientists who have solved the mystery of how the cell organizes its transport system. As each cell is a factory that produces and exports molecules. For instance, insulin is manufactured and released into the blood and chemical signals called neurotransmitters are sent from one nerve cell to another. These molecules are transported around the cell in small packages called vesicles. The three Nobel Laureates have discovered the molecular principles that govern how this cargo is delivered to the right place at the right time in the cell.

Randy Schekman discovered a set of genes that were required for vesicle traffic. James Rothman unravelled protein machinery that allows vesicles to fuse with their targets to permit transfer of cargo. Thomas Südhof revealed how signals instruct vesicles to release their cargo with precision.

Through their discoveries, Rothman, Schekman, and Südhof have revealed the exquisitely precise control system for the transport and delivery of cellular cargo. Disturbances in this system have deleterious effects and contribute to conditions such as neurological diseases, diabetes, and immunological disorders.