For the first time, researchers have succeeded in transplanting neurons from a damaged part of a mouse brain successfully. This could be a major breakthrough for so-called regenerative medicine – that is cultivating organs outside the body using the patient’s own stem cells. 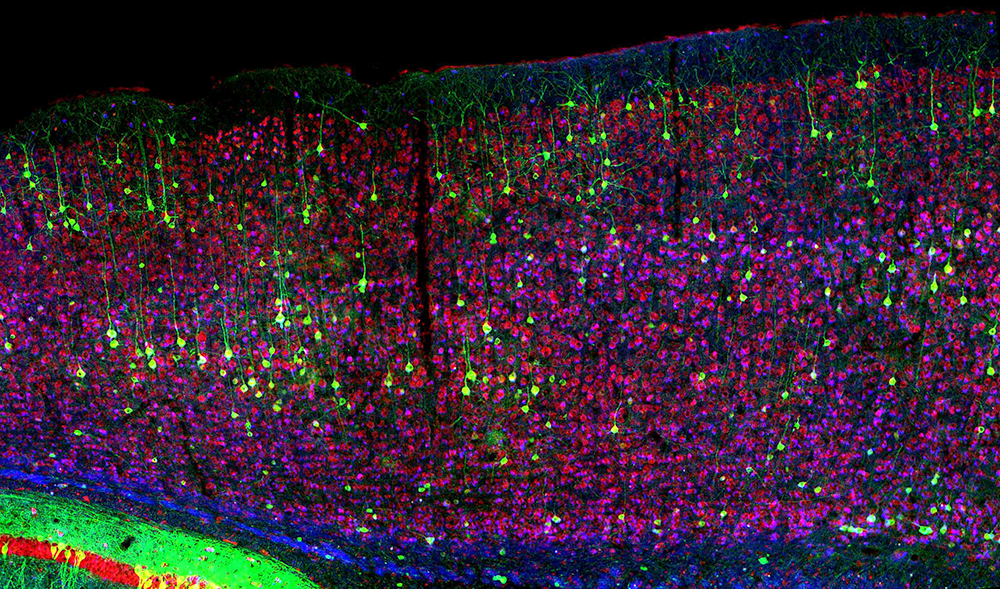 The researchers used embryonic neurons from mice, cells that begun as nerve cells, but not yet integrated into a network of cells. Mice with local damage in the visual cortex received these young nerve cells.

The researchers then followed the mice closely over time to see how each cell developed and at which stage it was in. The cells were fully integrated into the brain after 9-15 weeks. Since the visual cortex process information from our eyes, the mice were again receiving and processing visual information.

Previous similar transplantation experiments have been using stem cells, but not the same integration. Being stem cells, they first need guidance to become neurons and then go from nerve cell to nerve cell specialized – a process that appears to be significantly more difficult.

This new study indicates that embryonic nerve cells are probably easier to integrate into a new nerve system. Probably since they are already the right kind of neurons and are actively looking for a nerve system to “hook up”.

It could be a very important step towards a future of artificially cultivated organs for transplantation. But despite this successful transplantation, there remains much research before it is something that may be applicable to humans. To begin with, we need embryonic nerve cells, which means that we need an embryo.

Similar transplantations are actually performed today already, in patients with Parkinson’s disease. A specific type of stem cell from aborted embryos are used, these nerve cells appear to inhibit some adverse effects of the disease.

A stem cell is a cell which can become any cell and right now a lot of research are invested into making stem cells develop into any particular cell needed.