The Drinkable Book: A Book that Purifies Water 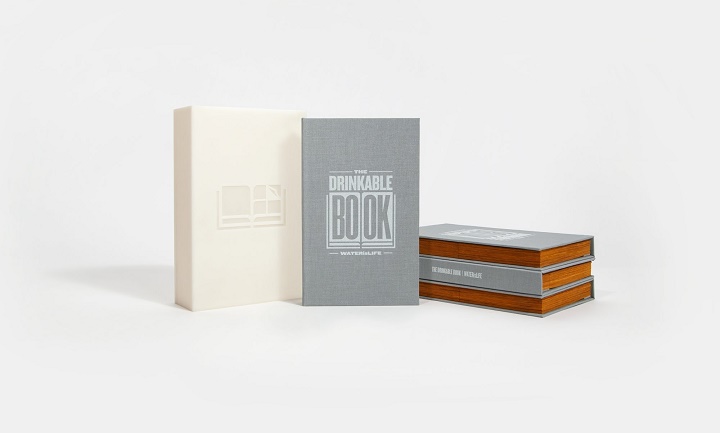 A book for which each page is a filter that removes more than 90 percent of the bacteria in contaminated water. One page is enough for 100 liters of water. A whole book is enough for 4 years of water consumption for a single person.

Silver’s antimicrobial properties have long been known, but no one has previously attempted to mix nanoparticles of silver and copper in the pulp.

All you need is to tear out a page, put it in a simple filter holder and then pour water from rivers or wells on top and let the filter do its thing. Outcomes clean water with most bacteria killed, according to the inventor Theresa Dankovich, who is a young researcher at Carnegie Mellon University in Pittsburgh, USA.

When the filter is used, some of the nano particles of silver does make it into the water, but according to the researchers, the amount of silver is below approved toxic limits.

Theresa Dankovich has conducted a series of successful field trials with contaminated water in 25 locations in South Africa, Ghana, and Bangladesh.

The next step is to test if the filter also purifies the water from other microorganisms such as parasites or viruses.

Theresa Dankovich and her employees aims to mass produce the book, and thereby gives hope for improved water access for 700 million people worldwide who lack access to clean drinking water.