Some 2,500 years ago, an ancient army disappeared without a trace. Will the mystery of what happened to this huge army of the ancient world ever be solved?

It is indeed one of the ancient world’s great mysteries. According to the Greek historian Herodotus (484-425 BCE), the Persian king Cambyses II who was the son of Cyrus the Great ordered an army to cross the desert in 525 BCE.

They were on a mission to attack and destroy a temple whose priest had refused to recognize the Persian king’s claim to Egypt. They never reached the temple however and Herodotus then speculates that the army was probably hit by a disastrous sandstorm and was buried alive. 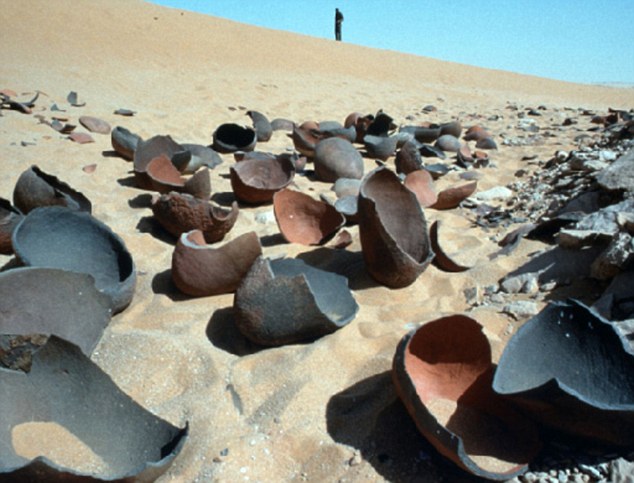 The disastrous sandstorm would have hit the Sahara Desert circa 2,500 years ago and surprised the army of 50,000 Persian soldiers with disastrous consequences of complete and utter destruction.

And although many Egyptologists regard the story of Herodotus as a myth, many expeditions have indeed searched for the army, but every one of them without success.

That is until 2009 when two Italian archaeologists, Angelo and Alfredo Castiglioni, announced the discovery of what they believed is the remains of the army. After ten years of excavations near the oasis of Siwa in Egypt, they had found bronze weapons, earrings and immense collections of human bones. The earrings are very similar to the jewelry recognized from Persian reliefs.

The Secretary-General of the Egyptian Supreme Council of Antiquities, Zahi Hawass, said in a press release that media reports of this “are unfounded and misleading” and that “The Castiglioni brothers have not been granted permission by the SCA to excavate in Egypt, so anything they claim to find is not to be believed.”

The discovery was presented at the International Conference of the ERC project BABYLON held in Leiden, the Netherlands. But the Italian archaeologists presented their discoveries on film rather than as a scientific journal, which raised doubts about the authenticity of their findings.

Then recently in 2014, Olaf Kaper who is an archaeologist at the University of Leiden announced that he found an inscription by Petubastis III, who was later to become a Pharaoh.

In this inscription, Petubastis claims to have ambushed and defeated a Persian army. Kaper, therefore, postulates that the sandstorm scenario was a cover-up by Cambyses’ successor Darius I.

The question to what happened to the ancient army remains a mystery. But perhaps future archaeology will discover its ancient history.

Hit this link for a video by the Discovery Channel on the findings made by the Italian archaeologists in 2009.