Biggest battles in history: The Siege of Baghdad 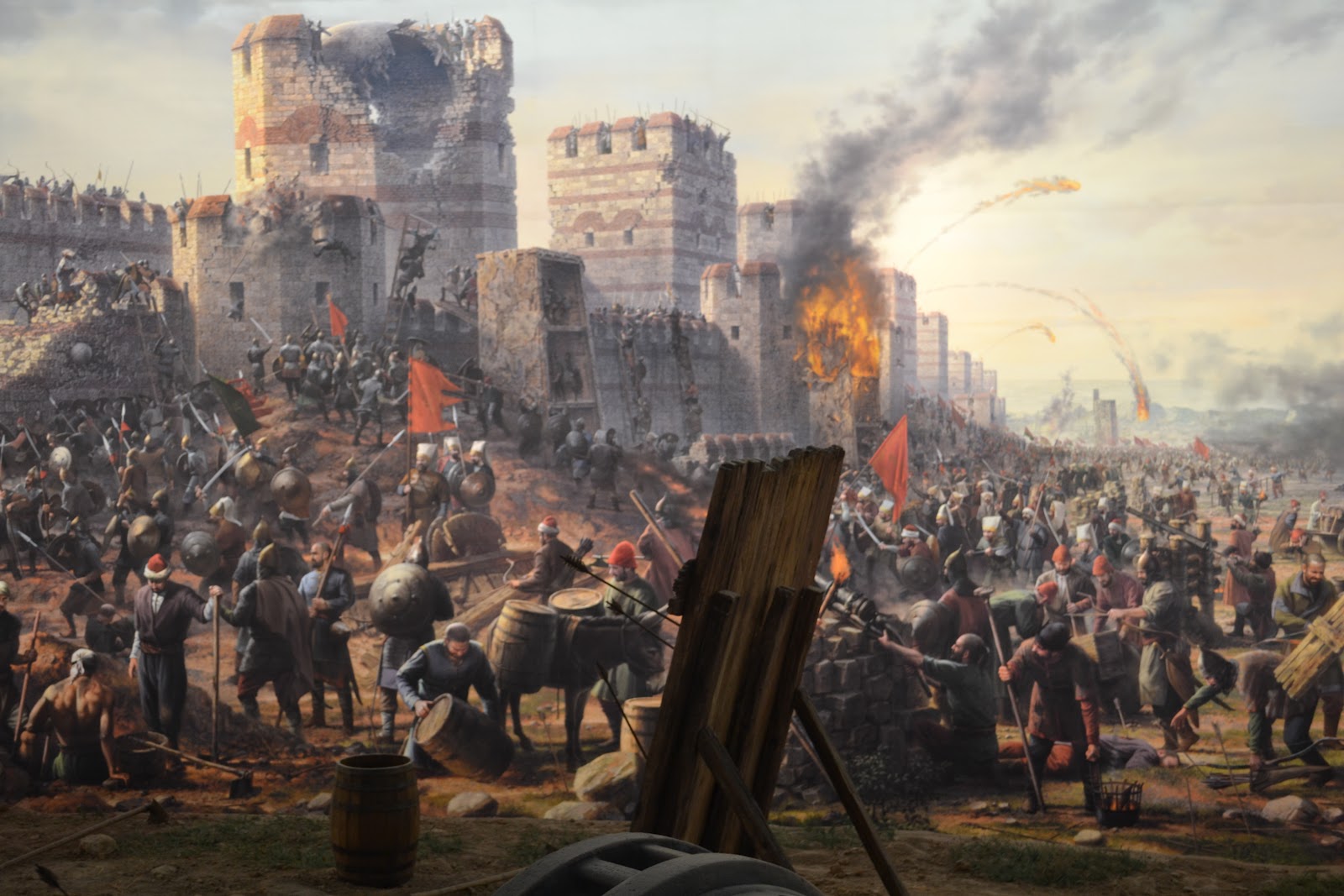 Battles change the course of history, they win wars, they topple thrones and redraw borders. Battles have been a part of human history since the beginning of time. They are an intricate part of wars and the events that set the path of events to follow, as instruments molding the future.

By deciding which group, nation or alliance that ends up victorious, they influence the spread of ideology, culture, civilization and religious dogma. Some battles are not directly influential on the path of history on their own, but rather, influential as instruments of propaganda with an impact on public opinion.

This series of articles highlights some of these decisive engagements, but rather than ranking the battles according to their influence on history. Each article will detail the narrative, what happened, what the participants, the leaders and the people of that time thought in those rare cases where their words have been documented parts of history.

The Siege of Baghdad

The Mongol Empire had emerged from the steppes of northern Asia where nomadic tribes unified under Genghis Khan who was proclaimed ruler of all Mongols in 1206 CE. The empire grew quickly. The Mongols soldiers were trained since childhood in horse riding and it became almost a natural extension of the Mongol soldier.

The horse was key to the empire. At a time when horses were the fastest means of travel, the Mongol soldier was the peak of contemporary military technology, using a bow and arrow from the horse’s back, constituting incredibly mobile armies.

The Mongols often used tactics learned from hunting prey, and herding animals. They often deceived enemies by luring them into traps. They deceive their enemies by their apparent low numbers into thinking they are retreating, only to be surrounded and trapped by a much more major force.

The Mongol success in battle made the empire expand rapidly. The descendants of Ghengis continued to expand and during the late 1200s, the Mongol Empire stretched from the Sea of Japan to Central Europe. It was the largest land empire in human history.

A combination of brilliant tacticians, commanders, and Chinese siege technology would make the Mongol armies seemingly unstoppable, able to win seemingly easy over the Muslim armies of Khwarezmia and Persia, empires that had successfully expanded the Islamic world by warfare.

The Mongols invaded and destroyed Volga Bulgaria and Kievan Rus’, then invaded Poland, Hungary, and Bulgaria. Between 1237–1240 CE the Mongols destroyed the resistance and annihilated all the major cities of Russia.

They [the Mongols] attacked Rus, where they made great havoc, destroying cities and fortresses and slaughtering men; and they laid siege to Kiev, the capital of Rus; after they had besieged the city for a long time, they took it and put the inhabitants to death. When we were journeying through that land we came across countless skulls and bones of dead men lying about on the ground. Kiev had been a very large and thickly populated town, but now it has been reduced almost to nothing, for there are at the present time scarce two hundred houses there and the inhabitants are kept in complete slavery.

The Mongol cruelty in warfare was something else. Since their strategy was much a result of their nomadic lifestyle, their swift and mobile armies were much dependent on plundering for supplies, as it facilitated logistic support.

Their apparent success in holding the empire together probably much hinged on fear, though. Any defiance from subordination was meet with incredible cruelty and often mass murder. Modern estimates suggest that 30 million or more people died during the Mongol conquests. It has been calculated that approximately 5% of the world’s population was killed during Turco-Mongol invasions or in their immediate aftermath.

Baghdad was the seat of the Islamic Empire and the Abbasid caliphs from the eighth century. The Abbasid Caliphate was the third caliphate whose rulers were descendants of Abbas, an uncle of Muhammad. At the city’s peak, it was populated by approximately 1 million people and was defended by an army of 60,000 soldiers.

In 1257 CE, Mongol leader Möngke was resolved to establish firm authority over Mesopotamia, Syria, and Iran. The Mongols under the command of Genghis Khan’s grandson Möngke Khan and his commander Hülegü Khan had decided to extend the Mongol Empire into the Middle East and beyond, to Syria, the Mamluks, and Egypt.

Hülegü raised an immense force, assembling what may have been the largest Mongol army ever, by one estimate, 150,000 men strong. With about 1,000 Chinese artillery experts that accompanied the army.

The Mongols advanced on Baghdad and on January 29th in 1257 CE, the Mongol army began its siege. The Mongols constructed a palisade and a ditch around the city (similar to what the ancient Romans often did during their campaigns). They employed advanced siege engines and catapults and then attempted to breach the city’s walls. By February the 5th, they had seized a significant portion of the defenses.

Hülegü demanded the city’s surrender. The Mongols often offered surrender and in return mercy – which in practice was often not the case even if the city were to surrender. The general idea of strategy was to implement a form of divide and conquer strategy, to turn allies against each other and instigate tactics to keep their foes politically divided.

So was the case also in Baghdad, divide and conquer among the political elite of Baghdad. As uncertainty categorized the Caliph Al-Musta’sim’s reign over Baghdad, his second in command ‘wazir’ who contrary to al-Musta was a Shi’a Muslim, betrayed his master and reduced the size and strength of Baghdad’s garrison in return for Mongol favors.

The reduced resistance certainly made it easier for the Mongols to sack the city, but Baghdad would most certainly have fallen either way. Ibn al-Alkami were, however, later confirmed in office by Hülegü as a puppet ruler – according to later Islamic sources.

Al-Musta’sim attempted to open negotiations with Hulagu, who turned the Caliph down. Five days later, on February the 10th, the city surrendered, however, the Mongols did not enter the city until the 13th – a week of massacre and destruction would then begin.

The Mongols did what they so often did when sacking cities and towns; they looted, slaughtered and raped thousands of the inhabitants. More than 200,000, died according to Hülegü’s own estimate.

The Grand Library of Baghdad that contained countless precious historical documents and books on subjects ranging from medicine to astronomy, was destroyed. Buildings that had been the work of generations were burned to the ground. The siege marked the end of the Islamic Golden Age.

Iraq in 1258 was very different from present day Iraq. Its agriculture was supported by canal networks thousands of years old. Baghdad was one of the most brilliant intellectual centers in the world. The Mongol destruction of Baghdad was a psychological blow from which Islam never recovered. With the sack of Baghdad, the intellectual flowering of Islam was snuffed out. Imagining the Athens of Pericles and Aristotle obliterated by a nuclear weapon begins to suggest the enormity of the blow. The Mongols filled in the irrigation canals and left Iraq too depopulated to restore them.

They swept through the city like hungry falcons attacking a flight of doves, or like raging wolves attacking sheep, with loose reins and shameless faces, murdering and spreading terror…beds and cushions made of gold and encrusted with jewels were cut to pieces with knives and torn to shreds. Those hiding behind the veils of the great Harem were dragged…through the streets and alleys, each of them becoming a plaything…as the population died at the hands of the invaders.

The Mongols now sought to conquer the rest of the Middle East and Egypt. But just as was the case during their campaigns in Europe earlier, when the news of Ögedei Khan’s death in December 1241 CE, brought a halt to the invasion of Europe. When Möngke died on August the 11th in 1259 CE, the Mongol armies across the empire withdrew and Egypt was thus saved.