Remains of Bread Baked 14,400 Years Ago Found in Jordan

The warship Mars was the Swedish navy's largest and most terrifying weapon. In an inferno of explosions and cannon fire, …

A loaf of bread that was baked 14 400 years ago has been found during excavations in Jordan, according to research published in the Proceedings of the National Academy of Sciences. It is at least 4,000 years older than when humans began farming.

The charcoal bread, similar to an unleavened flatbread, was found by a Danish-British research team.

The flatbread was baked by a group of hunter-gatherers called the Natufians in a firepit at Shubayqa 1, an excavation site located about 130 miles northeast of the Jordanian capital of Amman.

The charred food remains were analyzed with electronic microscopy at a University College London lab by Ph.D. candidate Lara Gonzalez Carratero (UCL Institute of Archaeology), who is an expert on prehistoric bread.

“The identification of ‘bread’ or other cereal-based products in archaeology is not straightforward. There has been a tendency to simplify classification without really testing it against an identification criteria. We have established a new set of criteria to identify flat bread, dough and porridge like products in the archaeological record. Using Scanning Electron Microscopy we identified the microstructures and particles of each charred food remain,”

The analysis shows a wide variate of wild ancestors of domesticated cereals such as barley, einkorn, and oat had been ground, sieved and kneaded prior to cooking.

“The remains are very similar to unleavened flatbreads identified at several Neolithic and Roman sites in Europe and Turkey,”
“So we now know that bread-like products were produced long before the development of farming.”

– First author Amaia Arranz Otaegui, a University of Copenhagen archaeobotanist, in a statement.

Its exceptional age is significant because it predates the First Agricultural Revolution by four millennia, suggesting that hunter-gatherers produced bread by harvesting wild cereals.

While the new study pushes back the timeline of empirically proven bread-baking, previous research suggested humans experimented with proto-flour as early as 30,000 years ago.

Ancient Village Unearthed in Egypt Predates The Pyramids by 2,500 Years 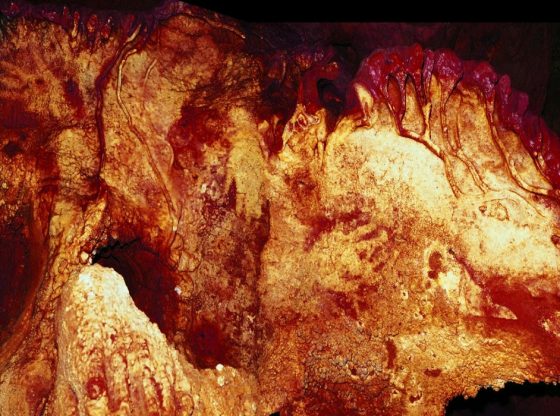 Loss of Oxygen in Ocean a Major Threat to…