The world’s oldest performing arts are in Indonesia. Scientists have found hunting scenes and people with animal heads on the island of Sulawesi and dated them to over 43,000 years.

This week, the journal Nature publishes a study detailing the discovery of cave art on the island of Sulawesi in present-day Indonesia that is older than any known found in the rest of the world.

So far, researchers have found nearly 250 caves in Sulawesi that have some form of images. The findings are presented in Nature by Maxime Aubert and Adam Brumm from Australia as the main authors. 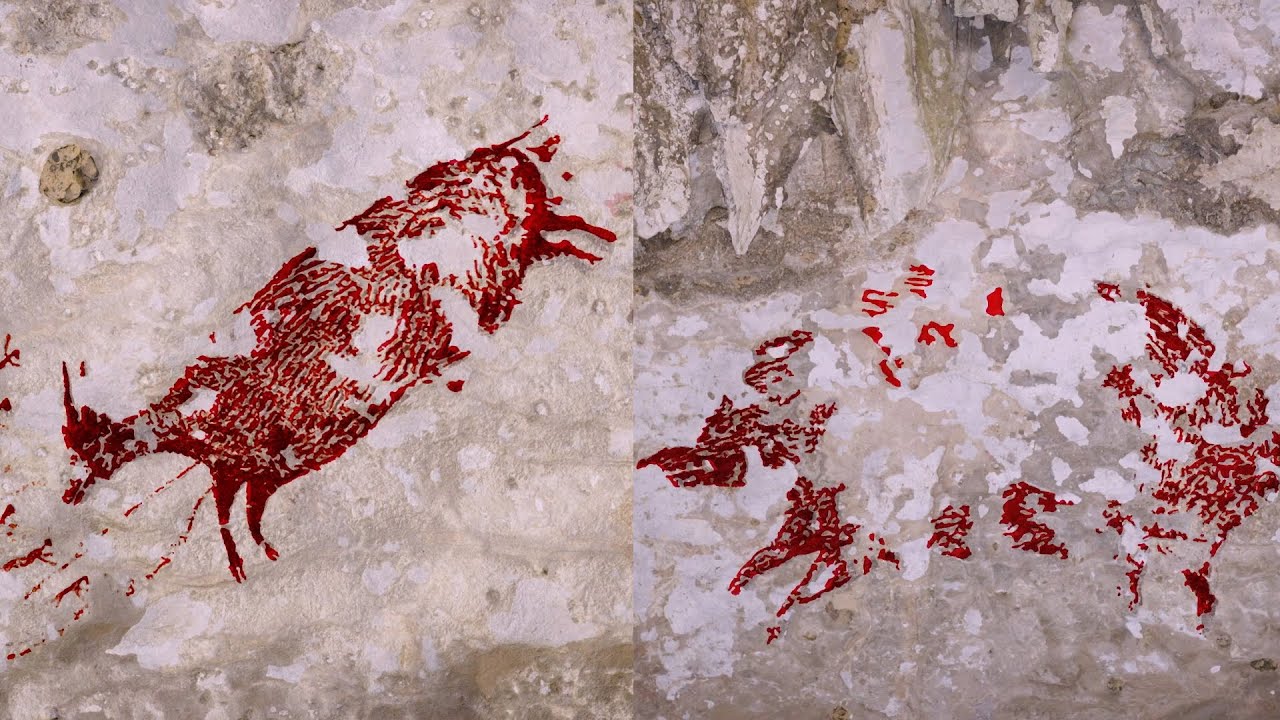 The cave art was found two years ago in a cave called Leang Bulu ‘Sipong 4’. A wall about 4.5 meters wide feature a great number of different pictures, painted with a dark red ocher color.

Some images represent animals, and they look like a species of warthogs and dwarf oxen found on the island at this point in time.

At least eight figures, more or less well-preserved, appear to represent people. That is, they look humanoid but their heads look more animallike. Several of the figures hold elongated objects, which could be spears or ropes. Which the researchers interpret as some form of hunting gear.

Dating of the cave art was made using uranium isotopes and it shows that the depicted hunting scene is at least 43,900 years old. 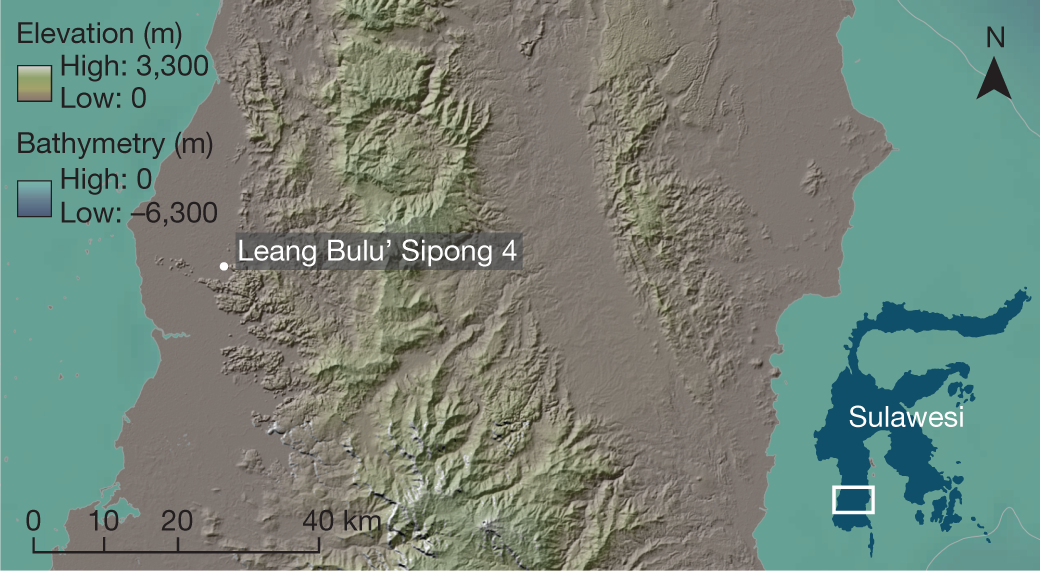 The depicted animal-people (‘therianthropy’) are hence several thousand years older than the Lionhuman from Hohlenstein-Stadel in Germany, which is one of the oldest pieces of figurative art ever found.

And a hunting scene depicting animals and people is more than twice as old as the famous cave art in the cave of Lascaux in France (about 17,000 years old).

We know, thanks to the new DNA technology, that a small group of homo sapiens left migrated Africa about 55,000 years and then migrated further and populated both Europe and present Indonesia, but probably migrating east first, before entering the European continent.

“The images of therianthropes…may also represent the earliest evidence for our capacity to conceive of things that do not exist in the natural world,”

Those humans obviously brought art and ideas, which might be called religion, about animals and people and how we can assume each other’s shape. Even older cave art may just be hidden out there, waiting to be discovered.