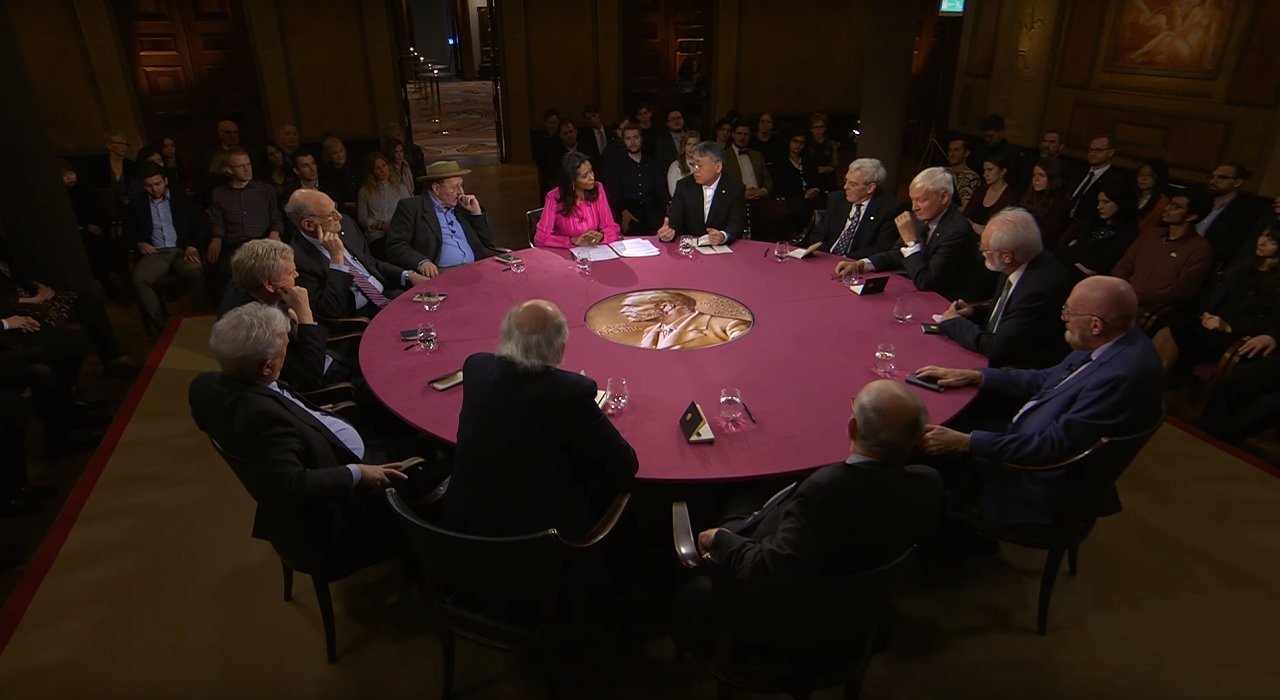 Want to watch and listen to some of today’s greatest minds conversing together, hosted by a top BBC presenter? Nobel Minds, the round-table discussion program with the current year’s Nobel Laureates provides a unique opportunity to do just that.

The 2017 Nobel Laureates met at the Grünewald Hall in the Stockholm Concert Hall in Stockholm for the traditional round-table discussion and TV program ‘Nobel Minds’. The discussion was hosted by the BBC’s Zeinab Badawi.