Video | Richard Dawkins and Lawrence Krauss: Something from Nothing

Home /Life/Evolution/Video | Richard Dawkins and Lawrence Krauss: Something from Nothing
Advertisement 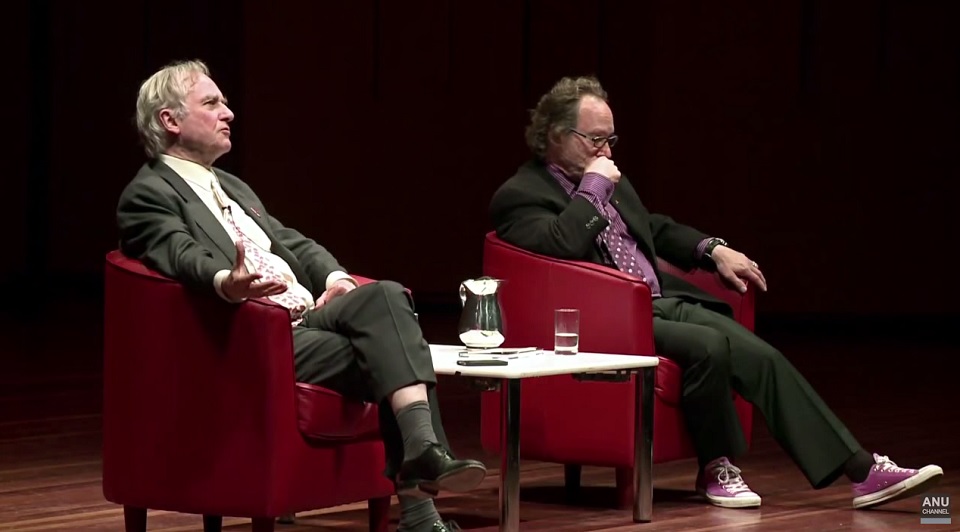 Critically-acclaimed author and evolutionary biologist Richard Dawkins and world-renowned theoretical physicist and author Lawrence Krauss discuss biology, cosmology, religion, and a host of other topics at this event entitled ‘Something for Nothing’. This video was recorded at The Australian National University on 10 April 2012.

Richard Dawkins FRS is the Charles Simonyi Professor of the Public Understanding of Science at the University of Oxford. Born in British colonial Africa, he was educated in England, where he now lives. He did his doctorate at Oxford under the Nobel Prize winning zoologist Niko Tinbergen, then was briefly an Assistant Professor at the University of California, Berkeley, from 1967 to 1969, after which he returned to Oxford, first as a Lecturer in Zoology, then Reader, before being elected to his present professorship.

He is the author of nine books: The Selfish Gene (1976, 2nd Ed 1989), The Extended Phenotype (1982), The Blind Watchmaker (1986), River Out of Eden (1995), Climbing Mount Improbable (1996), Unweaving the Rainbow (1998), A Devil’s Chaplain (2003), The Ancestor’s Tale (2004) and The God Delusion (2006). The God Delusion has sold more than two million copies in English, and is being published in 30 other languages. Dawkins is now editing an anthology of scientific writing for Oxford University Press, The Oxford Book of Modern Science Writing. In 2006, to promote the values of education, science, and critical thinking skills, he established The Richard Dawkins Foundation for Reason and Science (RDFRS) which is now a registered charity in both the UK and USA.

Lawrence M. Krauss is a renowned cosmologist and science populariser, and is Foundation Professor in the School of Earth and Space Exploration, and director of the Origins Project at Arizona State University. Hailed by Scientific American as a rare public intellectual, he is also the author of more than three hundred scientific publications and nine books, including the international bestseller, The Physics of Star Trek, and his most recent bestseller entitled A Universe from Nothing.

He received his PhD from MIT in 1982 and then joined the Society of Fellows at Harvard, and was a professor at Yale University and Chair of the Physics Department at Case Western Reserve University before taking his present position. Internationally known for his work in theoretical physics, he is the winner of numerous international awards, and is the only physicist to have received major awards from all three US physics societies, the American Physical Society, the American Institute of Physics, and the American Association of Physics Teachers. Krauss is also a commentator and essayist for newspapers such as the New York Times, and the Wall St. Journal, and has written regular columns for New Scientist and Scientific American and appears regularly on radio and television. He is one of the few scientists to have crossed the chasm between science and popular culture, and is also active in issues of science and society. He serves as co-chair of the Board of Sponsors of the Bulletin of the Atomic Scientists, and on the Board of Directors of the Federation of American Scientists.