The amoeba Pauli Ella chromatophora can teach us a lot about cell evolution, and how genes are transferred between unicellular organisms. 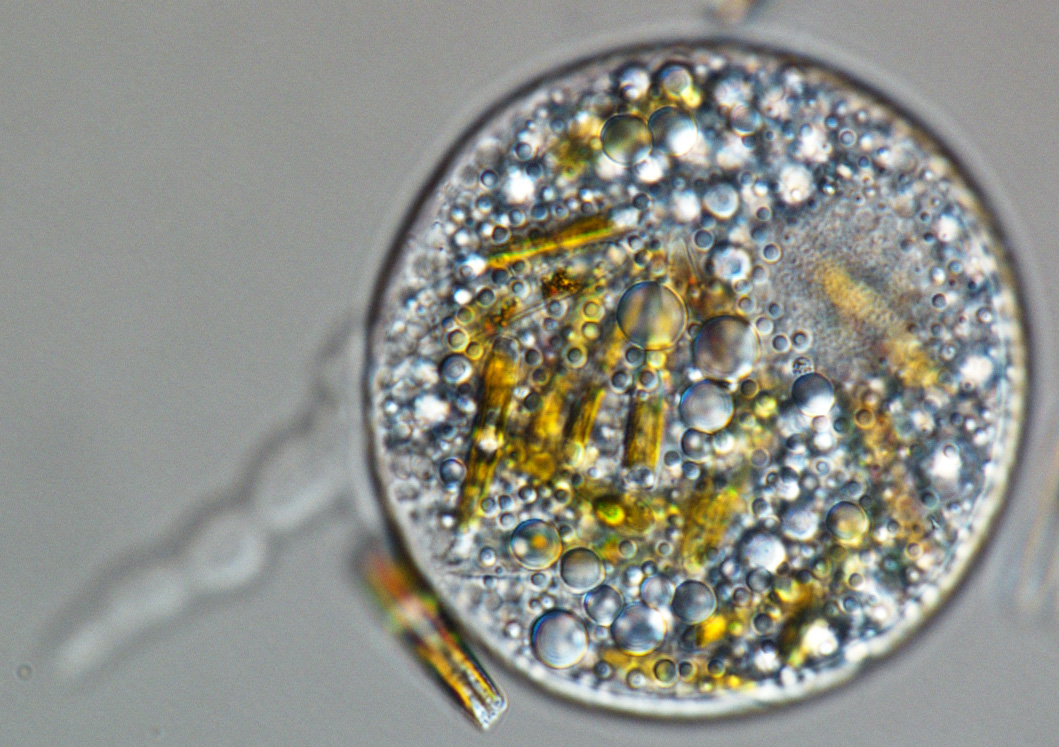 The ameba ate some cyanobacteria that became a part of its cell content 100 million years ago.

These bacteria have since given the ameba the ability to use sunlight for energy.

But what is perhaps most interesting is that the amoeba also contains genes from other bacteria.

A new study show that this amoeba species have countless genes from many different external sources that have become a part of the organism – this has never been seen before.

This process by which unicellular organisms pick up bacteria that eventually become part of the cells themselves – called endosymbiosis – appear to be a very important step in the evolution of life on Earth.

When genes are picked up in this way, evolution leaps forward and proceeds much faster. The organism suddenly receives whole genes instead of slowly mutating with time and natural selection, mutations that occur are selected to better cope with external forces that is pushing for changes to occur.

One example is how our own mitochondria – the power stations in our cells – once came from bacteria. Another is the plant chloroplasts that enabled the capacity for photosynthesis, i.e. to extract energy from sunlight.

What is especially interesting about the green amoeba Pauli Ella chromatophora is that it carried out its bacteria-theft relatively late in evolutionary history. This fact gives researchers the ability to trace the origin of the genes when they were carried over from the bacteria and into the amoebas own genetic material.

Through time, certain genes that it picked up lost their function and were needed to be replaced. The researchers estimate that as much as three-quarters of all of its new genes came from completely different bacteria than those that were assimilated at the beginning. This is something new to our understanding of evolution.

“The major finding of the study is the microbial world, which we know is full of valuable genes, can move these genes between organisms according to need,” said Debashish Bhattacharya, a study co-author, and distinguished professor in the Department of Ecology, Evolution and Natural Resources at Rutgers.

A problem with endosymbiosis is that cells kept inside other cells can no longer share DNA with their own species and tend to build up a lot of mutations in their genome, leading to their demise. A decay process called Muller’s ratchet. The question is, how did the captured plastid escape the ratchet after millions of years of imprisonment? This new study shows that every time it lost a gene, the amoeba replaced it with another gene with the same function from bacteria.

“When a microbe has a gene deficit, it can in some cases fill that deficit by grabbing the same gene from the environment. This shows how fluid microbial genomes really are.”, Bhattacharya adds.

The international study by U.S. and German scientists was published online in the Proceedings of the National Academy of Sciences.