Crop yield gets big boost with modified genes in photosynthesis

A team of scientists has for the first time managed to get plants to streamline their photosynthesis making them grow 20 percent larger. If able to achieve the same effect on crops such as wheat and corn – the technique could become very important for future farming, according to the researchers.

When plants are exposed to too much sunlight they react by converting some of the light to heat, since there is not enough carbon dioxide for photosynthesis to work.

The process simply breaks down to plants using sunlight and carbon dioxide as efficiently as possible and this ‘pressure valve’ mechanism only takes a few seconds for the plant.

The process of restarting the mechanism is very sluggish, however. So if a cloud passes by the sun, it takes several minutes for the plant to restart and adapt to the new environment. 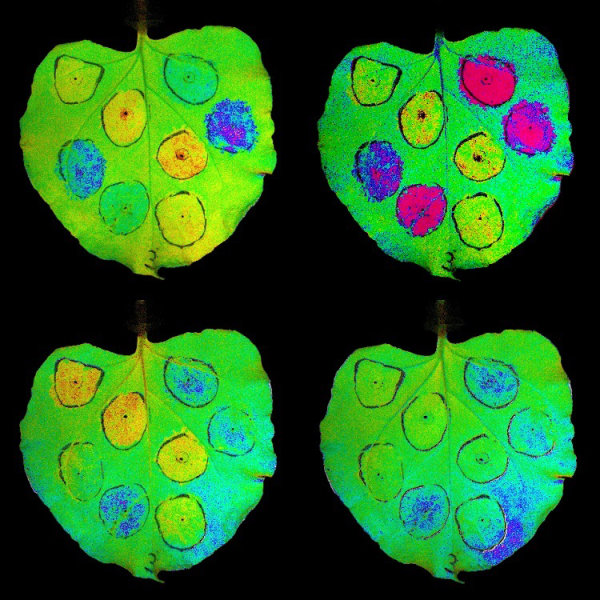 Now scientists have succeeded in speeding up this process. The team made plants restart resulting in a significantly more efficient photosynthesis, which meant that the plants were nearly 20% larger on average.

The team used the tobacco plant (Nicotianatabacum) in their research and transferred genes from another plant called Arabidopsis. They noticed that these genetically modified plants do not need more nutrition or water.

The researchers now hope to be able to improve the efficiency of photosynthesis in this way in various types of agricultural crops. They reason that the same method could be used on for example soybeans and corn, with the same effect.

The research paper has been published the journal Science.