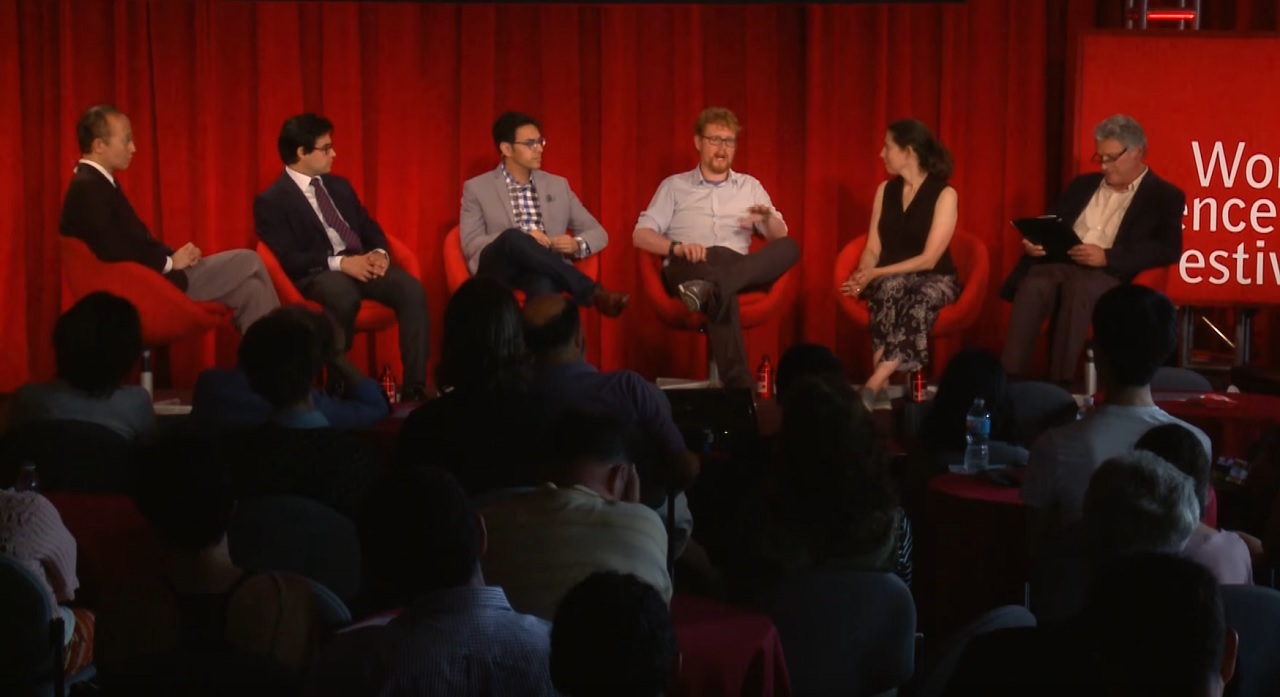 This panel discussion was held at the World Science Festival in 2016 on the gene editing tool called ‘CRISPR-Cas9’, or simply CRISPR. There are only a handful of technologies deserve to be called “game changers”—and CRISPR-Cas9, the new gene-editing tool, is one of them.

This excellent panel of bioengineers and medical researchers discuss the potential use of CRISPR to fight cancer and AIDS, to engineer new sources of clean energy and create hardier plants and animals with the goal of wiping out world hunger.

The World Science Festival is a production of the World Science Foundation, a non-profit organization that aims to cultivate a general public informed by science, inspired by its wonder, convinced of its value, and prepared to engage with its implications for the future.

Video | The Geometry of Causality
Video | The science of milk – Jonathan J. O’Sullivan