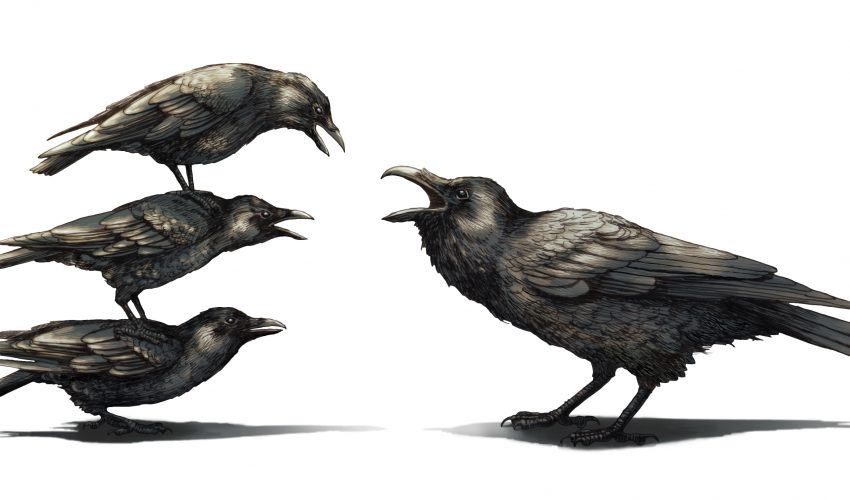 Crows do not go out of the way to mess with ravens, even though they are significantly smaller.

The common ravens are regularly harassed by gangs of crows, according to a new study published in The Auk: Ornithological Advances. In 97 percent of reported interactions between crows and ravens, scientists report, crows were the aggressors.

Twenty-two observations of crows and ravens in the United States show that the smaller birds cooperate to gain the upper hand. The crows work together to, for example, defend their nests and gain access to food. Researcher Ben Freeman, who led the study, says that the crow collaboration makes it possible to chase away larger birds. So, what crows lack in size, they make up for in numbers.

– Ben Freeman, a postdoctoral fellow at the University of British Columbia and lead author of the study.

Bird-interested people around the United States have contributed to the observations to the study. Freeman and scientists from the Cornell Lab of Ornithology examined reports on eBird, an online database where bird-watchers can report their sightings. These citizen scientists described more than 2,000 interactions between crows and ravens.

One observation from Acadia National Park in Maine noted that “Raven was mobbed by four crows, 360 attack roll over the road! Gluck-gluck calling all the way. It’s a tough time for Raven.”

And another, from York County, Pennsylvania: “Just watched 4 crows harass and then chase a raven from a tree and escort it away. Very close. Raven made very weird noises. Also observed by another Roundtop employee. Very cool!”