Dont let its appearance fool you, this astonishingly long-lived animal is cancer and pain resistant and now new research shows, is able to survive for 18 minutes without oxygen. 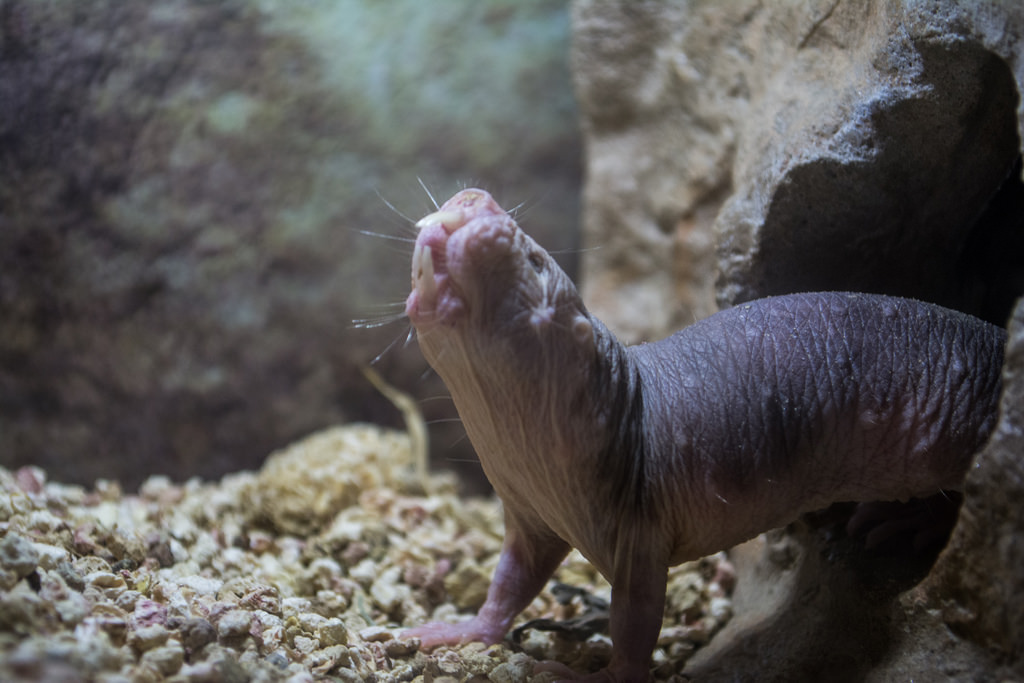 The naked mole-rat (Heterocephalus glaber) is found in eastern Africa, where it lives in large underground colonies together with as many as 100 other rats. They sleep in narrow tunnels with very low oxygen levels.

“This is just the latest remarkable discovery about the naked mole-rat — a cold-blooded mammal that lives decades longer than other rodents, rarely gets cancer, and doesn’t feel many types of pain,”

– Thomas Park, professor of biological sciences at the University of Illinois at Chicago, who led an international team of researchers from UIC, the Max Delbrück Institute in Berlin and the University of Pretoria in South Africa on the study.

Oxygen is vital for cellular function in mammals. It is part of the process that converts glucose into energy in our cells. Without oxygen, the body simply stop working.

When naked mole rats are subjected to total oxygen deficiency, they are able to survive for an astonishing 18 minutes. They slowly lose consciousness, their breathing and heart rate do decrease, but as soon as they receive oxygen again, they quickly recoup without permanent damage.

“At oxygen levels low enough to kill a human within minutes, naked mole-rats can survive for at least five hours”

The researchers found that the rats are able to overcome the problem of oxygen deficiency by adapting their metabolism to use fructose instead of glucose via so-called anaerobic respiration.

Fructose can only be metabolized in the human liver and our cells lack the ability to use fructose as energy directly. This ability has actually only been seen in plants, until now.

“This is the first proof that mammals can use fructose as fuel,”

– Gary Lewin, a researcher involved in the study.´

The rats also enter a state of suspended animation, reducing their movement and dramatically slowing their pulse and breathing rate to conserve energy. And they begin using fructose until oxygen is available again.

The scientists argue that the naked mole-rats’ unusual metabolism is an evolutionary adaptation to living in oxygen-poor burrows, packed in with hundreds of colony mates. With so many animals living together in unventilated tunnels, oxygen supplies are quickly depleted.

The research has been published in the journal Science.