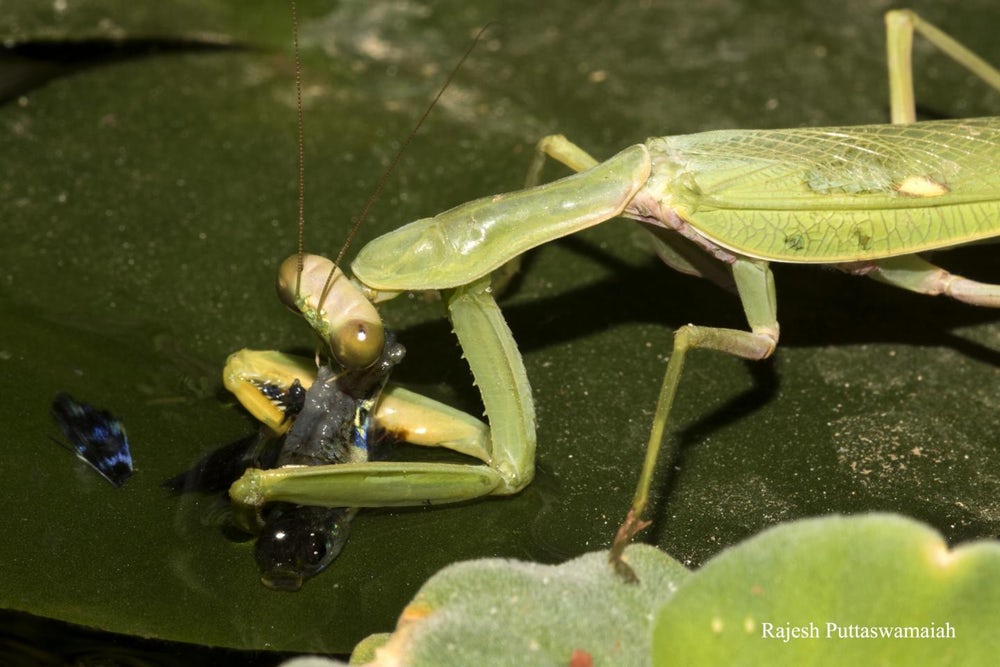 Praying mantises may not actually pray, but they do prey heavily on insects along with other small land animals. Now, however, for the first time, scientists have documented a praying mantis catching and eating fish as well.

The unusual scene was observed by the conservationist Rajesh Puttaswamaiah, who witnessed the male giant Asian mantis (Hierodula tenuidentata) return to a rooftop garden on five consecutive nights to eat groupies in a pond.

This is the first time such behavior has been spotted in the wild, the researchers say, though videos of pet mantises eating fish abound on Youtube. Indeed, in captivity, mantises seem happy to eat almost anything they’re fed.

The carnivorous insects are adaptable hunters, ready and willing to try out new strategies to catch prey. They also seem adept at utilizing the human-made environment to snag a meal since the guppies here were kept in an artificial pond on a rooftop, and there are numerous reported cases of praying mantises feasting on hummingbirds at bird feeders.