Sea snakes are turning black in response to industrial pollution

A sea-snake in Australia seems to have found a clever way to cope with water pollution – it’s getting darker. 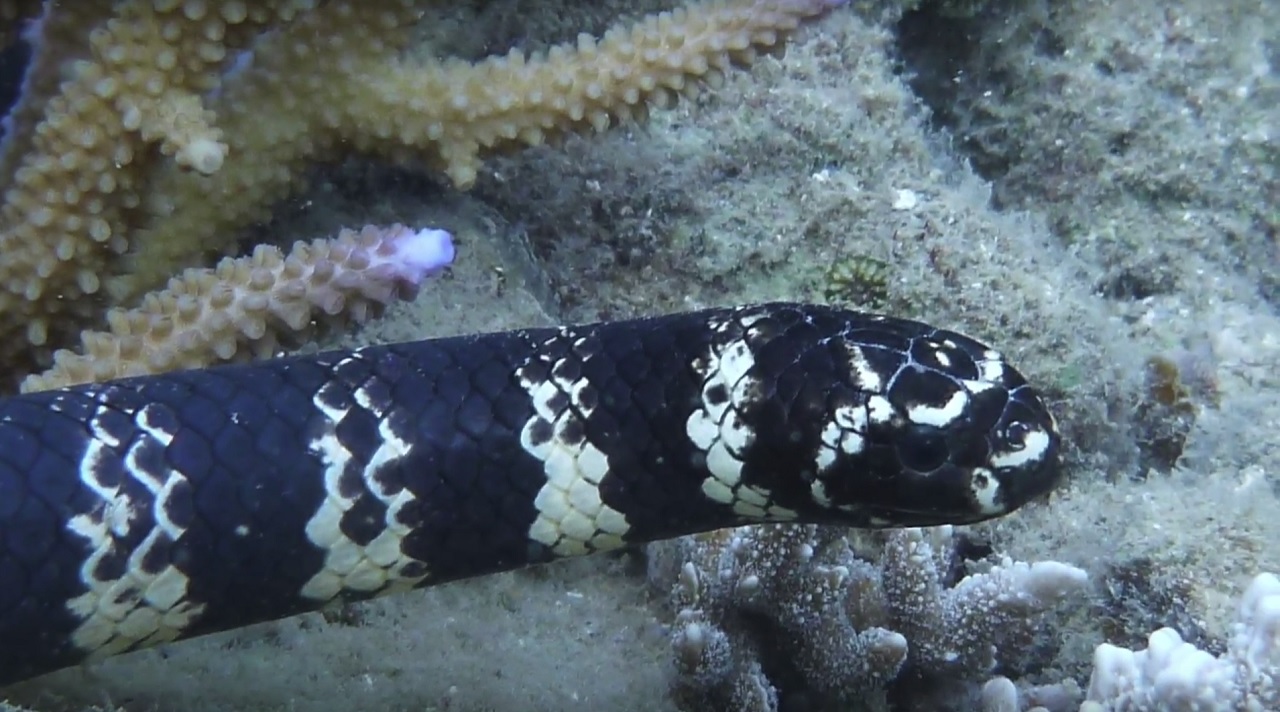 The turtle-headed sea snake (Emydocephalus annulatus) is largely found in certain tropical waters near Australia. Normally, this sea snake is black with white stripes, but a group of Australian scientists discovered that snakes living near more urban areas, where the level of pollutants is higher, have lost their bright stripes and have become black.

It was also discovered the black sea snakes shed their skins twice as often as their lighter counterparts. This suggests that the black sea snakes are, indeed, adapting to deal with the pollution in the water they inhabit – both by developing skin with a better capacity to bind potentially harmful trace elements and by shedding that skin more often to reduce the trace element load they must deal with.

The same phenomena have been observed in pigeons in Paris, which have darker feathers. A more famous example of animals adapting to human pollution is the peppered moth (var. carbonaria), the original light-coloured type declined in England during the Industrial Revolution, in favor of dark-coloured moths. Later, when pollution was reduced, the light-coloured form again predominated. Industrial melanism in the peppered moth was an early experimental test of Charles Darwin’s natural selection in action and remains as a classic example in the teaching of evolution.