A new very comprehensive map of the Milky Way was published this week. A map that shows where the stars in our home galaxy are located and how they move. 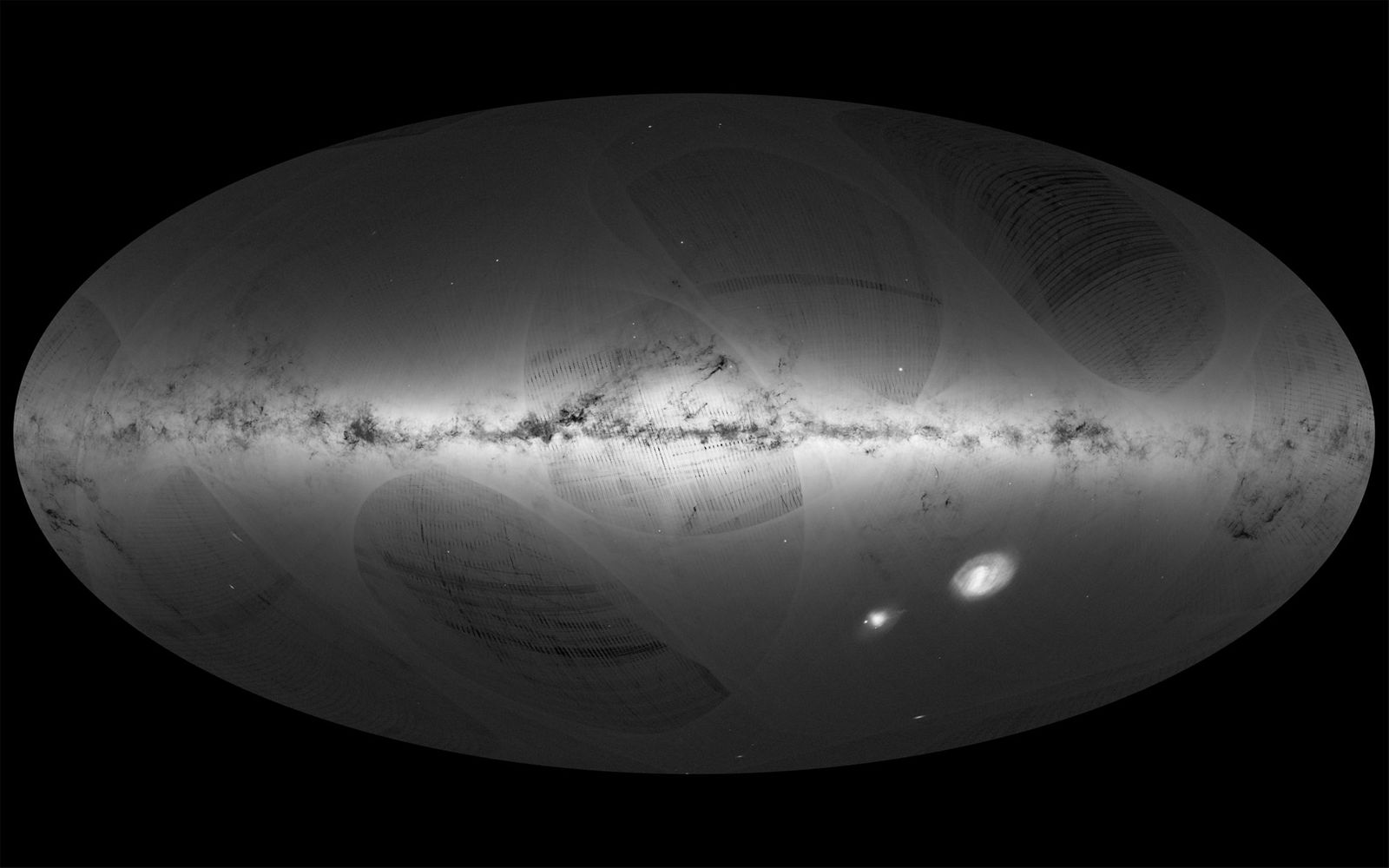 The three-dimensional map is the result of the space telescope Gaia surveying the galaxy.

Gaia has been orbiting Earth and the Sun for two years now, day after day, the satellite has collected data on more than a billion stars in the Milky Way.

The map shows the location, motion, distance from Earth and the composition of the two million brightest stars closest to our own star.

Gaia is a project by the European Space Agency (ESA) and began more than 20 years ago. The goal is to deepen our understandings about our galaxy, the history of the Milky Way and map the galaxy we see today.

The space telescope is able to register stars that shine half a million times weaker than what we can see with the naked eye, with a resolution equivalent to discern a coin on the lunar surface from Earth. N

NASA’s Hubble Space Telescope is equally powerful but is only able to focus on small parts of the sky, while the Gaia takes in all space in all directions simultaneously. The satellite collects huge amounts of data sent back to Earth: 40 gigabytes a day.

The goal is to map all stars in the galaxy and within a couple of years, astronomers will be served a map that features a billion stars from all parts of the Milky Way.

Astronomy is dependent on knowing stellar locations and future spacecraft will contain the Gaia database, enabling navigation by the stars to know where they and exactly what direction they are heading.

The telescope continues to collect data – not just about the stars. The database slowly building up also contain information and clues about the mysterious dark matter and also data on other celestial bodies, like asteroids and exoplanets.

Gaia’s focus will move to exoplanets (extrasolar planets) in the future. Several thousand of planets has been discovered already, using other instruments, such as the Kepler space telescope.

But Gaia will discover even more and other types of planets than those detectable by Kepler. It will paint a more detailed picture of how planetary systems are formed and what the chances are that there might be life on other planets.