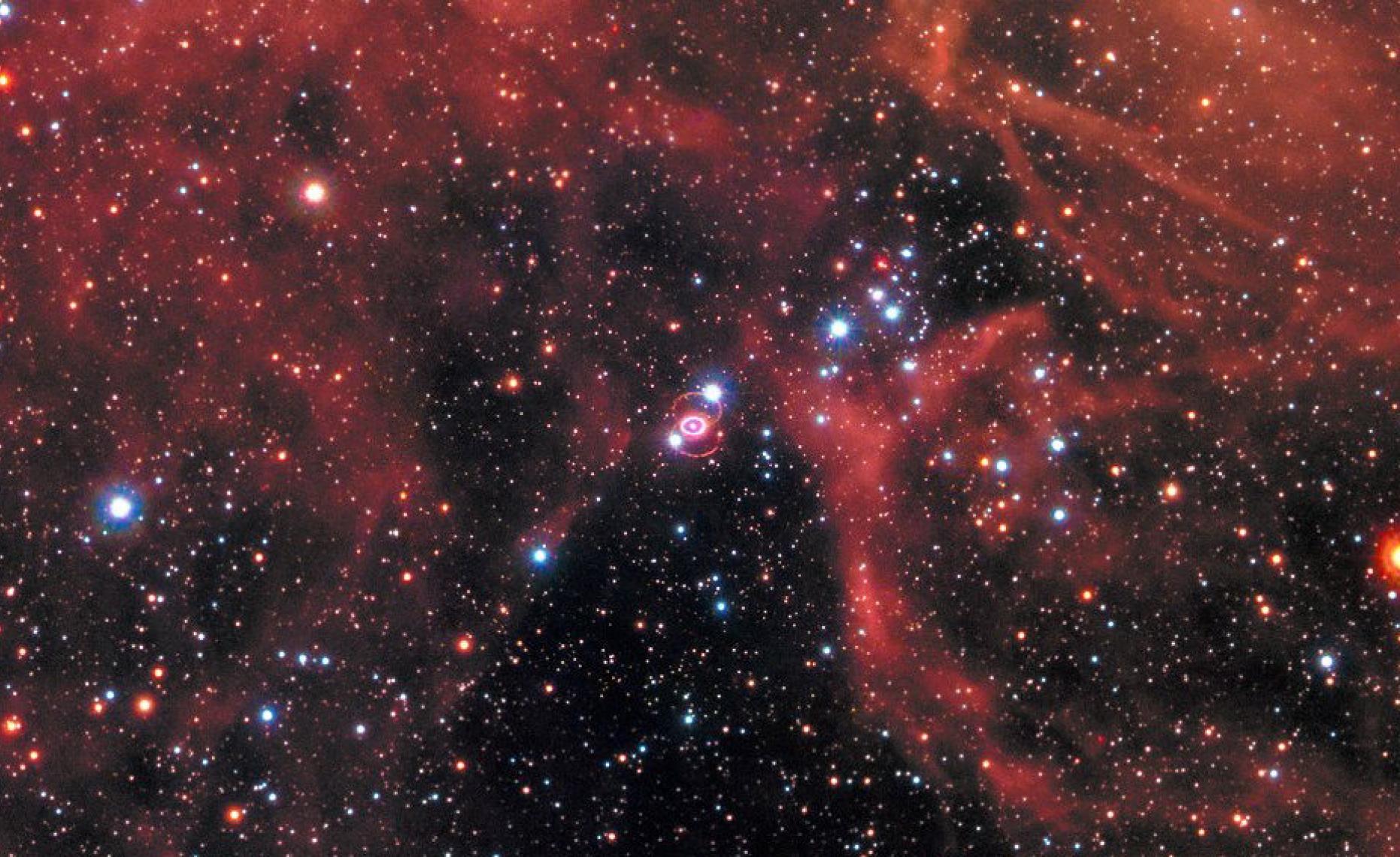 The Hubble Space Telescope has once again taken a photo of the remnants of supernova SN1987A.

Seen in the middle of the above photo is the remains of an exploding star in the Large Magellanic Cloud, a small neighboring galaxy to our Milky Way.

No other supernova have been observed so close to Earth since the telescope was invented in the 1600s. The flare of light reached Earth in February 1987 and could then be seen with the naked eye.

It has since become the most studied supernova ever. Now, on its 30th anniversary since its discovery, the Hubble Space Telescope took this new photo, the latest in a series that shows how the area around the explosion have been affected and changed throughout the years.

The SN 1987A star appears to be a core-collapse supernova, which should result in a neutron star given the size of the original star. However, no such neutron star has been observed, yet.

Different explanations to why this is the case have been offered; it could be enshrouded in dense dust clouds, a pulsar was formed instead with an unusually large or small magnetic field, perhaps large amounts of material fell back on the neutron star so that it further collapsed into a black hole, or that the collapsed core perhaps became a quark star.

Video | Cambridge University: Seven Earths and the Dwarf Star
SpaceX Will Send Two Tourists Around the Moon Next Year