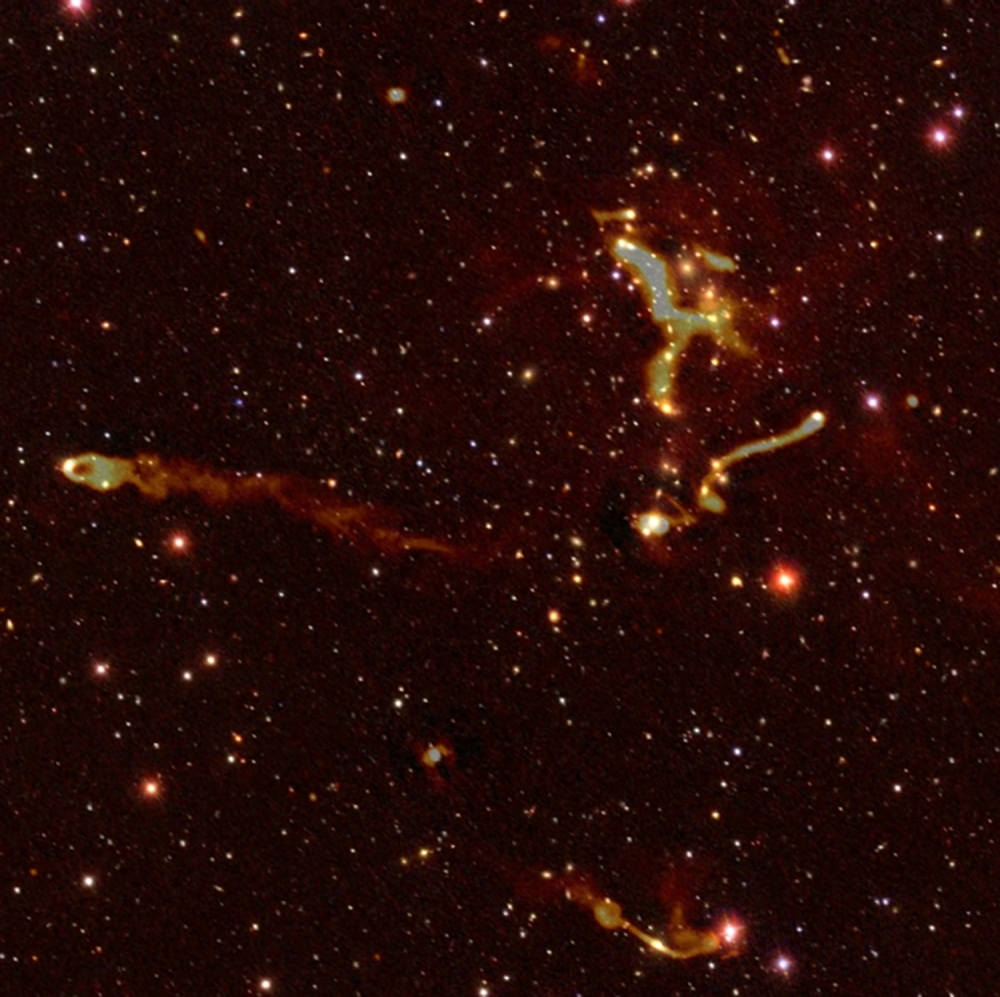 More than 200 astronomers from 18 countries worked together on the new Low-Frequency Array (LOFAR) telescope in the Netherlands to complete the findings. LOFAR scans the sky for low-frequency radio waves, which can detect even a slight glimmer of emissions from a galaxy.

LOFAR is an incredibly sensitive radio survey, mapping the sky with fine detail. It’s operated by ASTRON, the Netherlands Institute for Radio Astronomy.

Radio astronomy is another way of revealing the secrets of the universe that optical light can’t. Radio astronomy reveals processes in the universe that cannot be seen with optical instruments. The LOFAR telescope works by pick up traces, or “jets,” of ancient radiation produced when galaxies merge. These jets can extend over millions of light years.

Big sky survey by @LOFAR has detected hundreds of thousands of previously undetected galaxies, shedding new light on black holes & how clusters of galaxies evolve. The first 26 articles have just been published in @AandA_journal https://t.co/CjsG9silrJ pic.twitter.com/9qWvGLV3tK

In this first part of the sky survey, LOFAR observed a quarter of the northern hemisphere at low radio frequencies. At this point, approximately 10 percent of that data has been released to the public. It maps 300,000 sources, almost all of which are galaxies in the distant universe; their radio signals have traveled billions of light years to reach Earth.

“LOFAR has a remarkable sensitivity and that allows us to see that these jets are present in all of the most massive galaxies, which means that their black holes never stop eating,”

– Philip Best, one of the study authors and a professor at the University of Edinburgh’s School of Physics and Astronomy, in a statement.

The 26 papers published this week only encompass the first 2% of the sky survey. Eventually, the team hopes to have images of the entire northern sky, which would contain 15 million radio sources.

LOFAR Surveys: a new window on the Universe