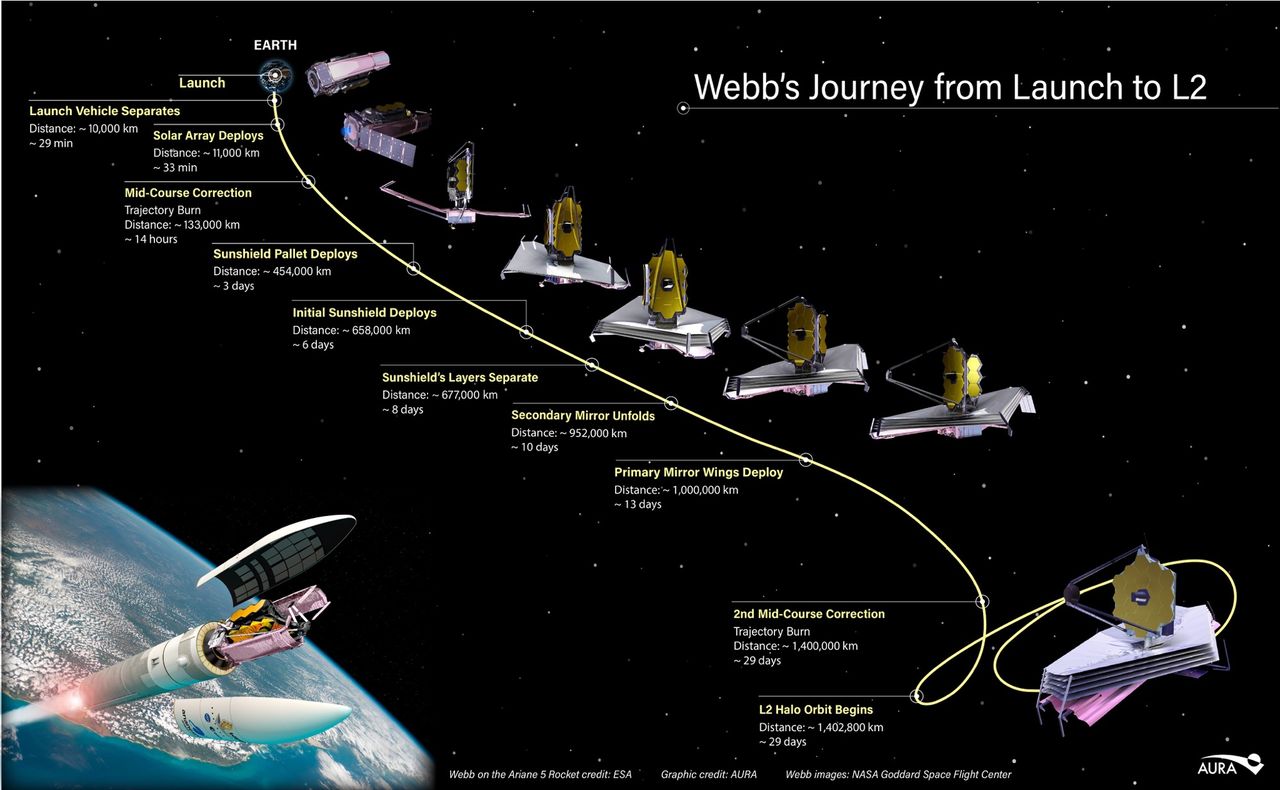 On Christmas Day, the James Webb telescope was finally launched into space and it went exactly according to plan. The space telescope has now begun its journey towards the so-called Lagrange point L2, a position in the sun’s orbit where the telescope will begin its job.

James Webb’s journey to his final destination will take 29 days. On the link below, NASA has set up a timeline where you can see where the telescope is at the moment and what upcoming stages are to be performed before the arrival of the telescope at the L2 point. The journey to L2 is about 1.5 million kilometers and at the time of writing, James Webb has traveled about 350,000 kilometers from Earth. Very soon the telescope will be further away from the Earth than the Moon.

In the youtube clip below, you can check out a summary from when the James Webb Space Telescope was launched last Saturday.

Here it is: humanity’s final look at @NASAWebb as it heads into deep space to answer our biggest questions. Alone in the vastness of space, Webb will soon begin an approximately two-week process to deploy its antennas, mirrors, and sunshield. #UnfoldTheUniverse pic.twitter.com/DErMXJhNQd