Diesel engine fuel-efficiency – with the performance and character of a gasoline engine. Mazda’s new engine SkyActiv-X will combine the best of both worlds. 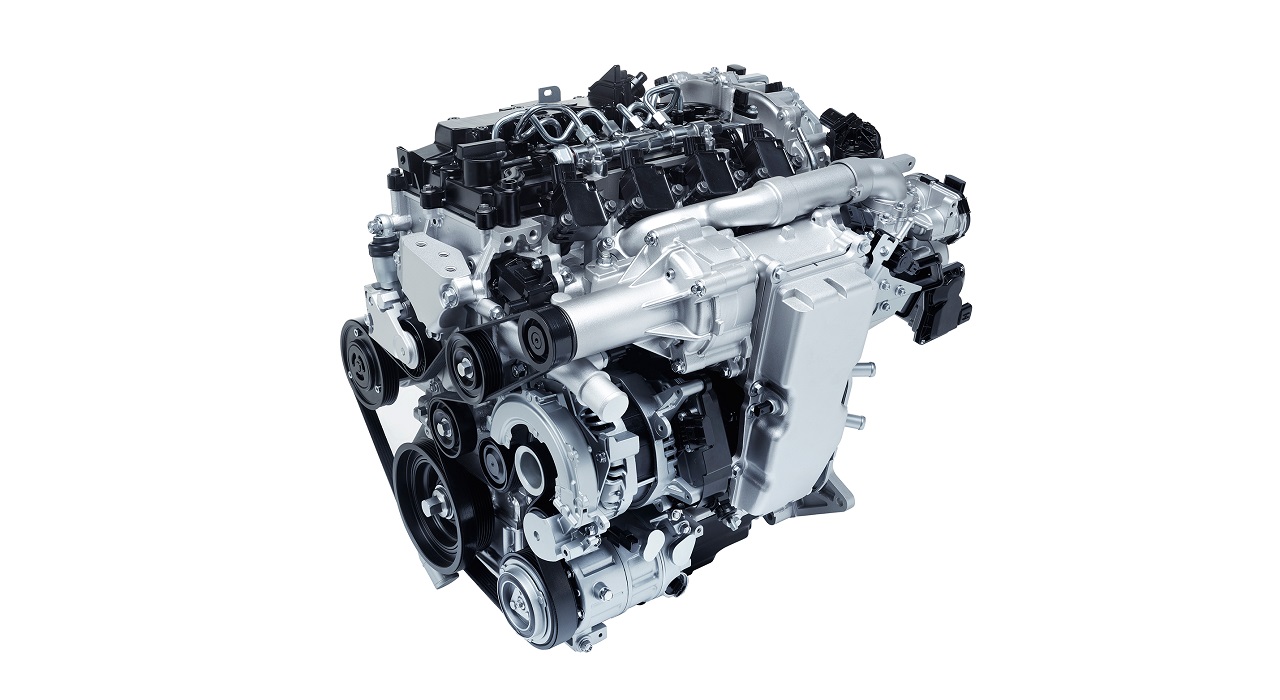 It is not a new form of hybrid or electric motor, but a traditional combustion engine, with a twist. It will have the torque and fuel economy of a diesel engine, but with emissions and performance as a gasoline engine.

Ordinary gasoline engines and diesel engines work a little differently. Gasoline engines (Otto engines) have spark plugs that ignite a mixture of fuel and air. Diesel engines compress the air in a cylinder before adding fuel – which is then spontaneously ignited.

One of the major differences between the two is that the spark plug of the petrol engine gives a spark, while ignition in a diesel engine occurs at multiple locations in the combustion chamber. Therefore, compression ignition (diesel) provides faster and more complete combustion – reducing the volume of fuel necessary to sustain the engine.

Mazda achieved this by using a small spark plug that helps initiate the compression ignition sequence, which may be active or not depending on what is required. With only a minimal window when compression ignition is possible for regular gasoline, a few parameters are necessary to hone down to perfection for the technology to function properly.

The Skyactive-X will deliver diesel engine-like torque and fuel economy along with the higher revs and cleaner exhaust emissions typical of gasoline engines.

The new compression-ignition engine combining the advantages of both gasoline and diesel engine technologies will enter production in 2020, found under the hood of a Mazda3.

Video | Marie Curie: The story behind the discovery
New Study Show How to Kill the Toxoplasma Gondii Parasite