Chilling in Volvo’s “Concept 26”: Interior of A Self-Driving Car 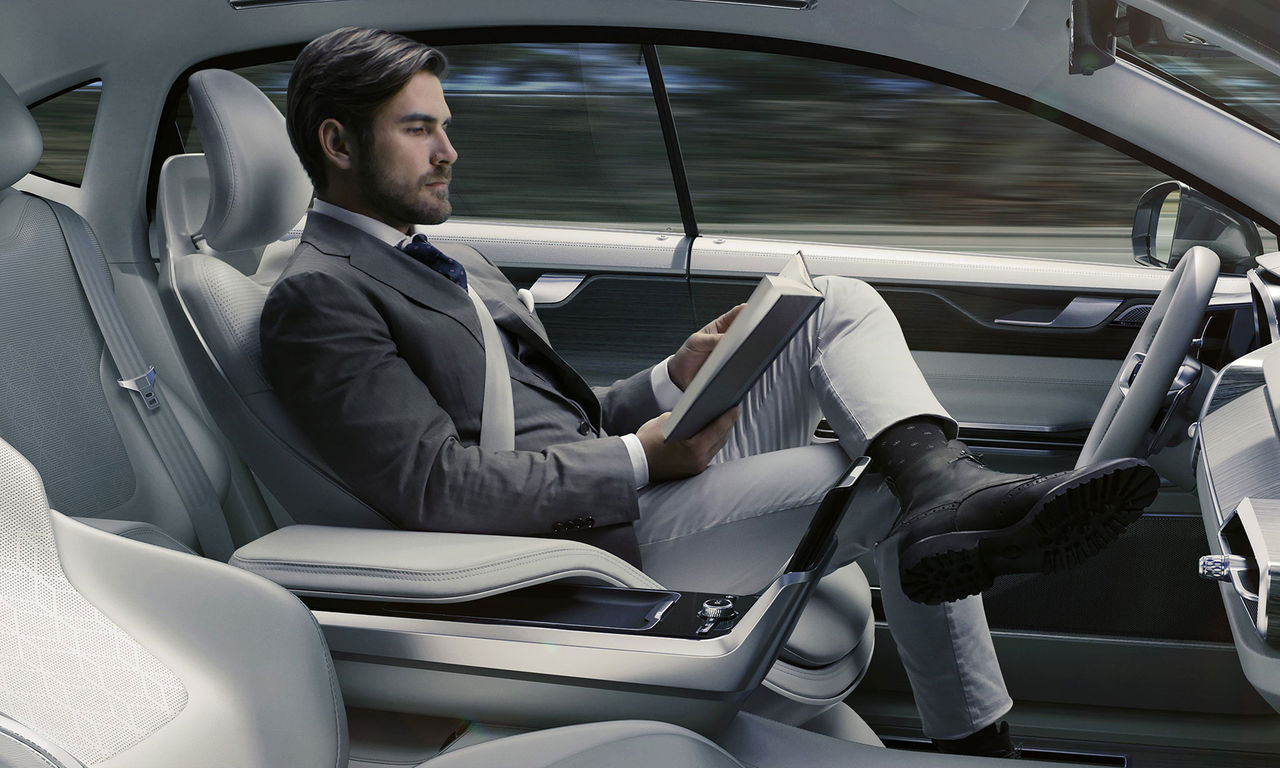 As many other car manufacturers, Volvo is investing resources into developing cars that can drive themselves. As part of this development they now present the Concept 26, by which the number 26 refer to the average time it takes to drive to work.

Volvo believes that you can use these 26 minutes to other things than to drive, to sit back and read a book, to surf the internet or perhaps watch TV. But this is preferably done in a car that looks quite different on the inside than most cars do today.

The basis of the concept is a new and patented design of the seats that can switch between three modes; drive, be creative and relax. When it’s time to relax switch on mode three and relax, the seat folds backward and a big screen comes up in front of the instrument panel.

The concept is indeed just a concept but it does show a taste of the design in future models from Volvo and we think its actually quite cool.