Glaciers are mighty rivers of ice that can carry boulders on their backs and grind valleys into rugged mountain ranges. But now, scientists say that humans might need to think about trying to engineer these formidable forces of nature.

For the hundreds of millions of people who live alongside the world’s coasts, the scariest sea-level-rise scenario is the collapse of ice sheets.

Sea levels are already rising rapidly, threatening to swamp cities like Miami within the lifetimes of people alive today.

If the ice that sits on top of Antarctica and Greenland were to collapse, the rate of sea-level rise could skyrocket, making large areas of the world and coastal cities uninhabitable and destroying trillions of dollars’ worth of property and infrastructure.

To prevent or slow these floods from washing over cities, humanity may need to embark on the biggest civil engineering project in human history, according to a study published last week in the European Geosciences Union journal The Cryosphere. The project: building massive walls under the ice sheets to stop them from falling apart.

The audacious idea centers on the construction of:

“extremely simple structures, merely piles of aggregate on the ocean floor, although more advanced structures could certainly be explored in the future,”

“While reducing emissions remains the short-term priority for minimizing the effects of climate change, in the long run, humanity may need to develop contingency plans to deal with an ice sheet collapse,”

– The report’s authors, Michael Wolovick, a researcher at the department of geosciences at Princeton University, and John Moore, professor of climate change at the University of Lapland in Finland.

Using computer models to gauge the probable impact of walls on the erosion of the Thwaites glacier in Antarctica, one of the world’s largest, Wolovick and Moore hoped to test the efficiency of “a locally targeted intervention”.

The researchers used 2-D computer simulations to explore different ideas. One of which is to build a wall underwater to block warm water and the other is constructing artificial columns on the sea floor. They found that artificial sill or artificial pinning points could actually stop ice sheets to collapse.

The study also claims that a smaller intervention, size of “existing civil engineering projects, would have a 30 percent success rate. However, much bigger and more dramatic structures could be a lot more successful in keeping ice sheets out of the water.

The authors of the study also wrote that if geoengineering Thwaites Glacier works, the same idea can be adapted to smaller glaciers. The most sophisticated design, which could become the biggest civil engineering project that the human race has ever attempted, could prevent ice sheet collapse for the next 1,000 years.

“The more carbon we emit, the less likely it becomes that the ice sheets will survive in the long term at anything close to their present volume,” 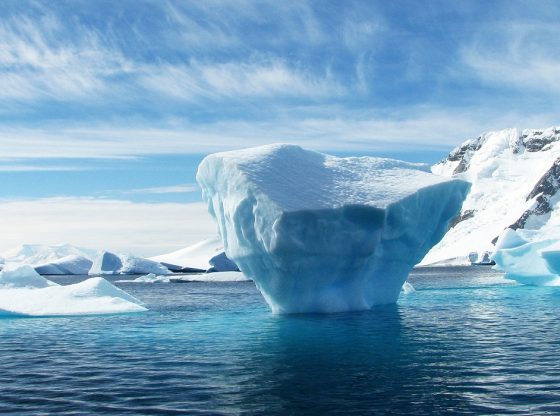