A key question is when life arose on Earth. Now scientists have discovered 3.7 billion-year-old rocks in Greenland that show traces of unicellular life.

These fossils are the oldest evidence of life on Earth and were discovered inside a rock found at the Isua Greenstone Belt on Greenland, a remote area uncovered by melting snow and ice. The melting of Isar glacier exposes previously uncharted rocks and Greenland has therefore become a place of many interesting discoveries as a result of climate change – revealing the ancient past on Earth.

A team of Australian geologists announced their discovery in a paper titled “Rapid emergence of life shown by the discovery of 3,700-million-year-old microbial structures,” published this Wednesday in Nature. The fossils were actually discovered four years ago but not publicized while the geologists, a team led by Allen P. Nutman of the University of Wollongong in Australia, analyzed their find.

We know very little about the oldest Earth crust since conditions were so unstable then, virtually all traces were wiped out by more recent geological activity. This discovery on Greenland is proof that unicellular life existed already 3.7 billion years ago in the shallow seas of the Earth’s surface. 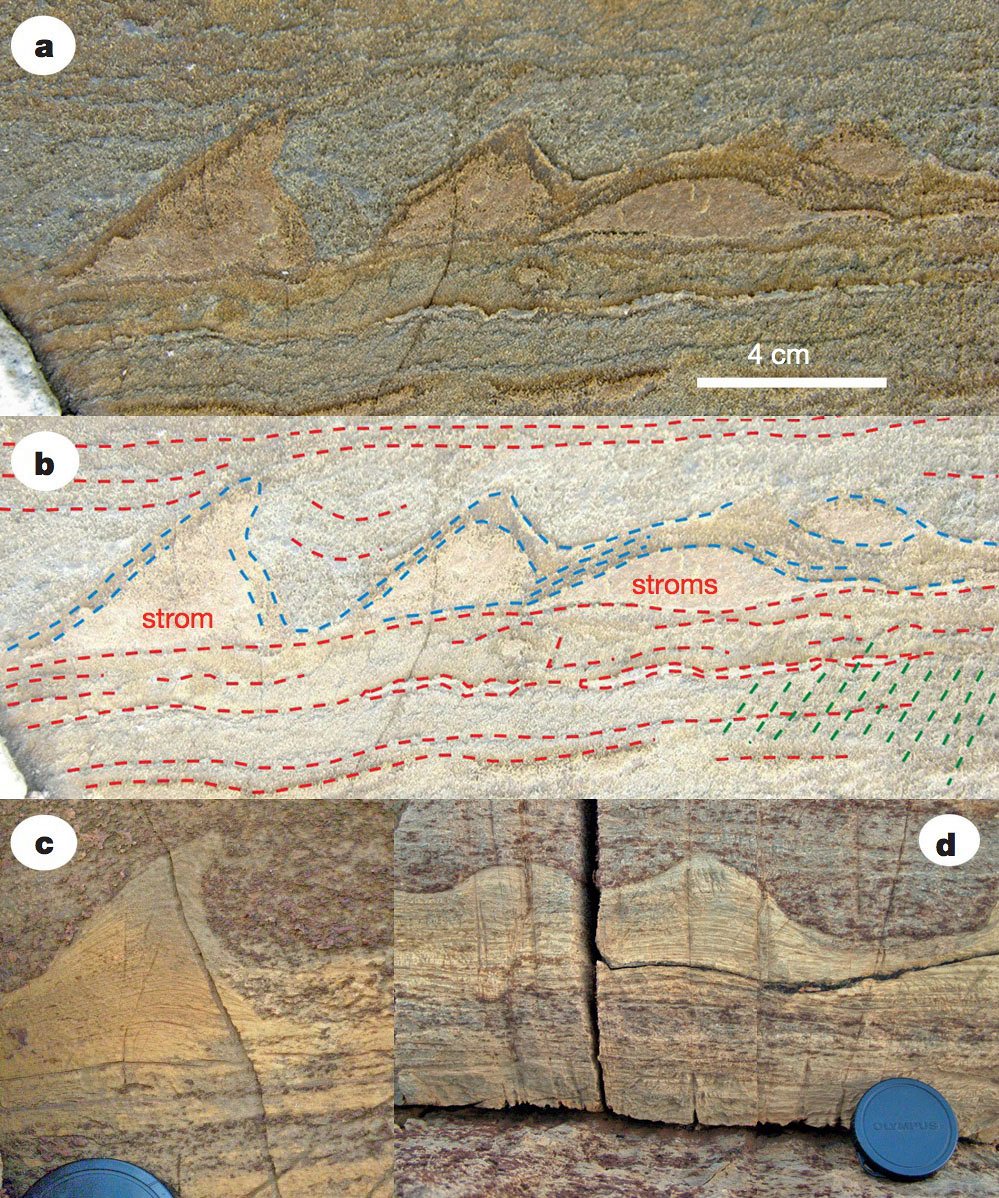 This proof of the existence of unicellular life “only” 800 million years after Late Heavy Bombardment when large asteroids continually hit the Earth is indeed fascinating. The Earth’s surface can not have been such a fun place to stay even for single cell bacteria during this time.

The fact that unicellular life was so robust and able to relatively quickly colonize the Earth when the conditions were still so miserable – offers hope for life on other planets as it suggests that life is vert resilient and could evolve on other planets.

The newfound rock has been thoroughly degraded by time and there is no organic or cellular remnants left. There are however important chemical cues that show that there has been unicellular life in the sediments. In the middle of the discovered rock, there are structures similar to stromatolites, that is, petrified layers of fossil microorganisms.

Stromatolites occur in a variety of sets and the problem is that these structures are all very similar and can be formed without the presence of living organisms, so it has been very difficult to interpret these very early stromatolites. As the older the rock, the more difficult it is to interpret stromatolites.

The findings are some 220 million years more ancient than the oldest previously known fossils, also stromatolites. Those are 3.48 billion years old and were discovered in the Pilbara Craton of Western Australia.

Since we have very little knowledge of life on Earth during its early existence, these findings are so important. The new evidence, together with previous findings help us to paint a complete picture of Earth’s history.