Exiled seamen died during macabre conditions on a cold and desert island in northern Canada in 1846. Their fate has been a mystery, why were they there and who were they?

Their remains have now been DNA tested and the analysis reveals some surprising results.

Captain John Franklin attempted to find the mythical Northwest passage north of Canada in 1845. If it could be found, the British would be able to sail and trade in Asia much more easily, without sailing around South America.

The search for the passage ended tragically, however. The two ships the HMS Erebus and HMS Terror became stuck in the ice and the crew was given no alternative but to abandon them.

Some of the shipwrecked sailors landed on the nearby island of King Williams Island. There they succumbed to the cold and the lack of food. 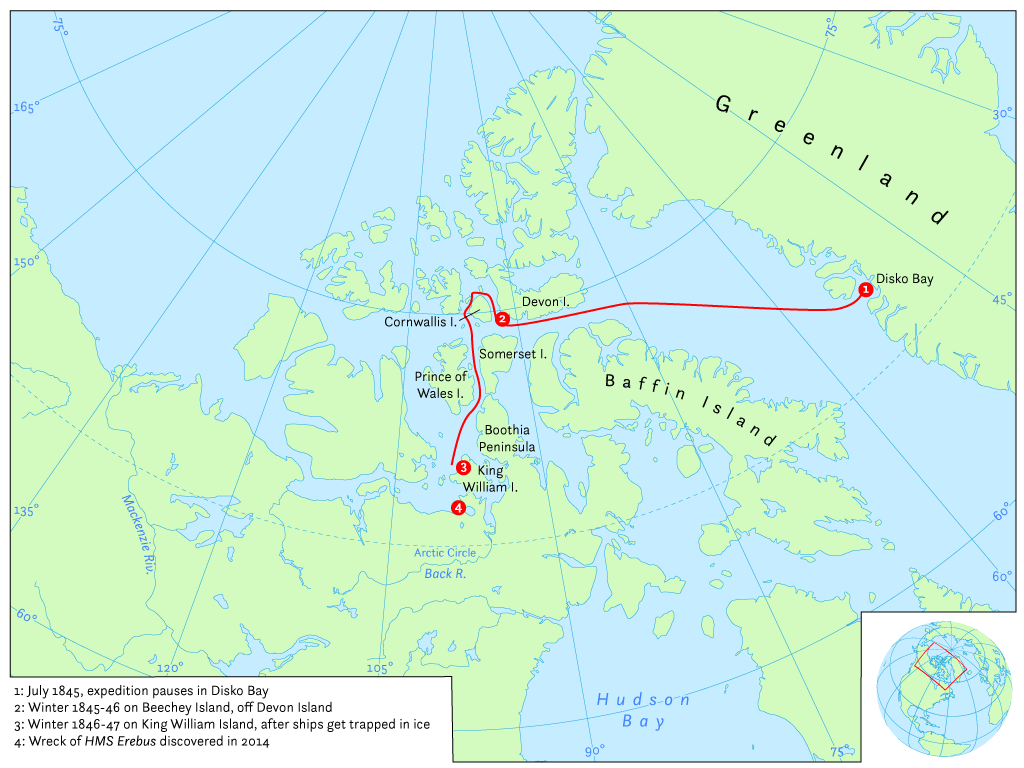 Scientists have now extracted DNA from 37-bone and teeth from 24 sailors found on the island. Four of the sailors were women, to the surprise of many.

Additional analysis of the corpses reveal traces of cannibalism. A hypothesis strengthened by the fact that the same DNA from one and the same individual was found in two different locations on the island – 1.7 kilometers apart.

The most remarkable result of the DNA samples is that four of the individuals may have been women. These women were found to have European DNA, meaning they couldn’t be the remains of local Inuits.

Douglas Stenton, who led the investigations, said to Live Science that it surprised him. But another explanation is that it may be difficult to see the male Y chromosome when the amounts of DNA are small.

Researchers hope their new genetic database of 24 expedition members will allow them to follow the doomed crew’s final moments.