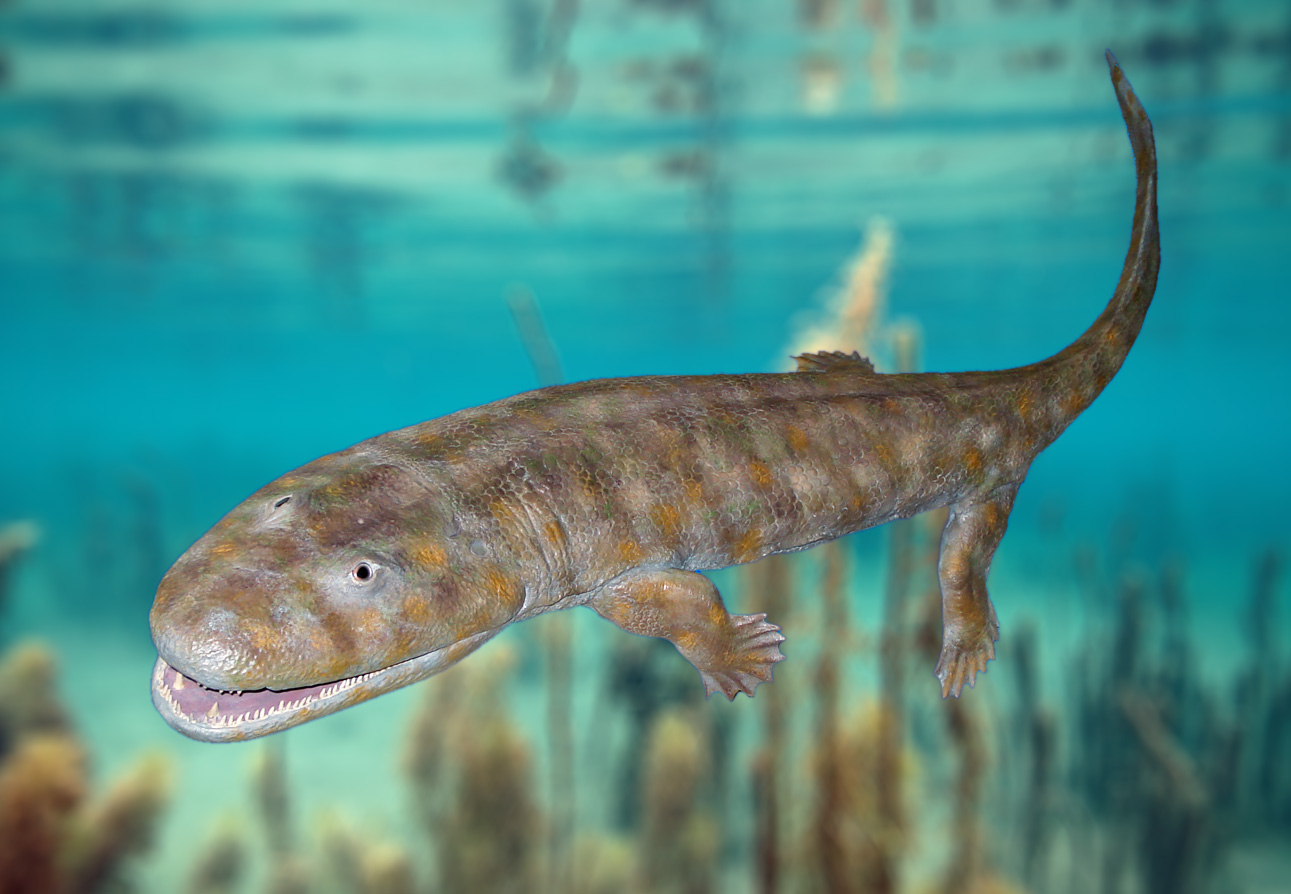 It’s still a mystery how the first four-limbed vertebrates called tetrapods, abandoned the sea for a life on land about 360 million years ago. New research at Uppsala University in Sweden now provides sheds new light on the mystery.

Early tetrapods of the Devonian period (419-359 million years ago) are of great interest to paleontologists since they were the earliest vertebrate animals that ventured onto land, paving the way for all future vertebrate life on land.

In a paper published in this week’s issue of Nature, researchers have used a synchrotron x-ray to examine several fossil bones from one of the first tetrapod animals to venture onto land that we know of, an animal called Acanthostega found in Greenland.

The Acanthostegas skeletons have something that can be compared tree rings and the researchers have been able to see that Acanthostegas extremities were built up of cartilage during its first years of life. But it was only when the animal was about ten years old that the cartilage was replaced by a bone skeleton.

When these animals were 65-70 centimeters long, they had limbs that were made up of porous cartilage that had not yet been converted to bone, indicating that they were still at an age during which they were still unable to walk on land.

Unlike bone, cartilage is a non-mineralised tissue, elastic and far too weak to allow the forelegs to sustain the weight of the animal’s body out of the water. “This suggests that the Acanthostega mass-death deposit represents a school of aquatic juveniles that included few or no adults,a more complete,” says Per Ahlberg from Uppsala University.

The tetrapods’ move onto land was arguably one of the most radical adaptive shifts in vertebrate evolutionary history. “Our study provides a first glimpse of the life-history traits of an early tetrapod. We plan a complete survey of early-tetrapod life histories which should have a significant impact on theories depicted in all textbooks” concludes Sophie Sanchez, lead author of the publication, working at Uppsala University.