Researchers have developed a fabric that acts as a muscle. They hope the fabric will be used to help people who for various reasons find it difficult to lift or move various body parts. 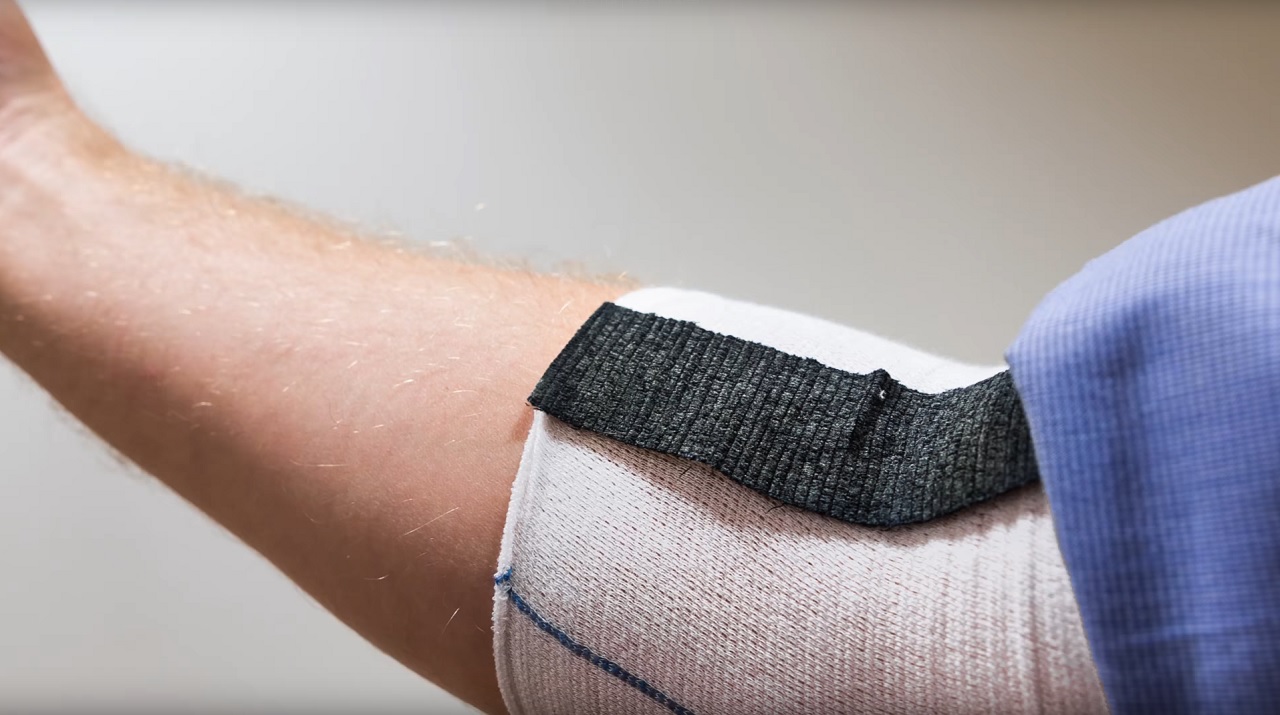 The fabric has been developed by researchers at the University of Boras and Linkoping University in Sweden. Coated with a conductive polymer, the fabric swells when an electric current is passed through it.

The researchers point out that it is very similar to muscles. The contraction effect can be compared to that of biological muscles on the microscopic level and is really a kind of artificial muscle. When exposed to an electric current, the fabric swells and when the fabric then contracts, the power of contraction is directly linked to the power of the electric current.

Thus, the more powerful the electric current, the stronger the contraction, creating a movement in the fabric. Just as biological muscles are made out of muscle fibers, textiles are made out of single threads, analogous to fibers.

The muscle fabric is still at the research stage, and it’s far too early to start speculating on when it might be available to the public. But the researchers hope that can be used in the same way as so-called exoskeletons are now, and in the future.

Research into exoskeletons are seeing exceptional technological progress at the moment and there are products available on the market today able to help people move in ways they otherwise would not be able.

The rapid technology developed in recent years will most certainly make exoskeletons less bulky and more proficient, but the general problem with exoskeleton designs is that they are often large heavy robotic suits.

This type of – perhaps less powerful but much less clumsy – cloth solution would enable people with functional disabilities to move in their daily life. The idea with the fabric would thus be to help those who have difficulties walking or lifting things.

But the concept would theoretically also be possible to used by people who just need to increase their muscle strength, which inevitably leads us to the concept of military use and “super soldiers”. Whatever the future holds for this material or similar solutions, the technology will undoubtedly be used by more people than those disabled.