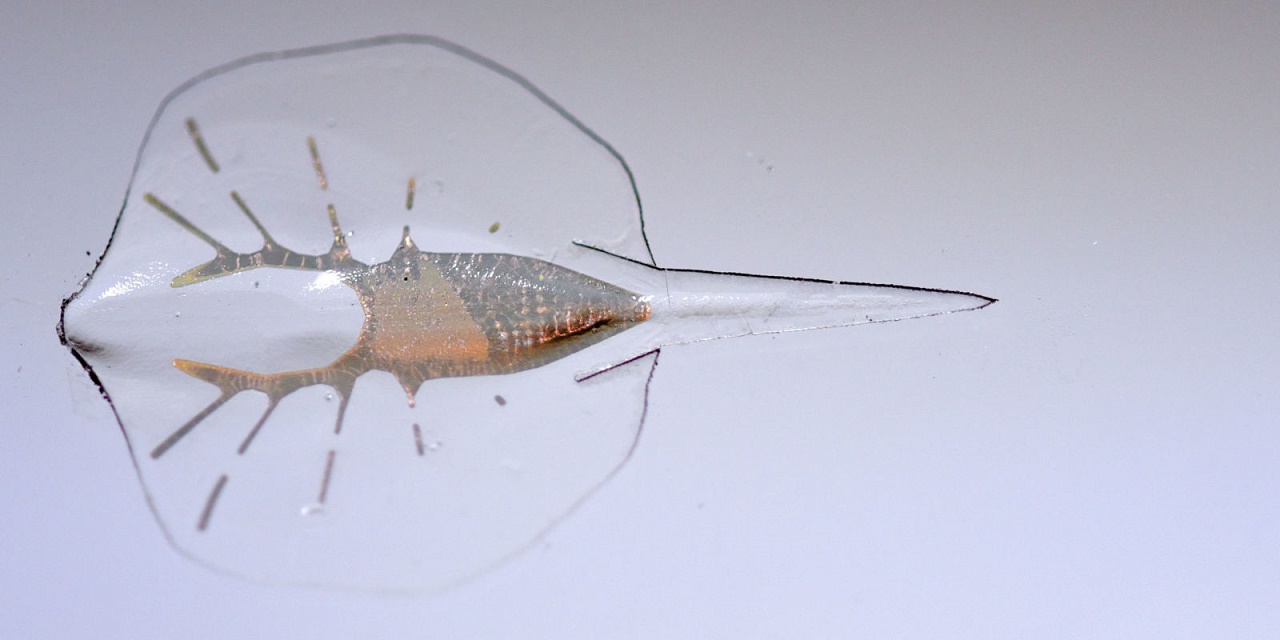 Researchers have managed to manufacture a robot that resembles a stingray using an artificial tissue, based on cardiac myocytes from mice. Put simply, the robotic stingray is made of rat heart muscle.

Using genetic engineering, scientists have managed to manufacture muscles on the 1.6 centimeters long Stingray to respond to light, causing it to move in different directions.

Nature-inspired robotics is a hot field, we have seen many robotic designs that aim to mimic cockroaches, salamanders, cheetahs, sea snakes, among others.

The robot has significantly pushed the field forward with a complex propulsion mechanism triggered by light, which allows the bio-bot to be steered around obstacles.

The benefits of such robots are first and foremost that they can be much more energy efficient than electric motor powered robots.

A major reason for this is that organic fuels have much higher energy density compared to a battery. Which means that less fuel is required.

This particular biohybrid robot is swimming in a kind of nutrient solution, which it is able to extract energy from.

The robot can swim in this liquid to keep the rat heart cells fed and alive. Even after 6 weeks, the stingray robot was still swimming with over 80 percent of its cells still alive and well.

The top layer of the stingray is a 3D body of a silicone material cast in a titanium mold. This makes for a flexible, bendy body that holds the other materials together.

Lastly, the underside of the robot is layered with living rat cells. These cells have been genetically engineered, and are originally from the heart muscles, harvested from 2-day-old rat embryos and placed on top of the silicone. About 200,000 heart cells are animating the ray.

The robo-stingray’s muscles contracts when flashed by a specific wavelength of bright light. This is achieved through a genetic engineering technique called optogenetics.

The paper Phototactic guidance of a tissue-engineered soft-robotic ray has been published in the journal Science.

Low-Carb or Low-Fat: Which is Better for Weight Loss?
A New Equation Aims To Quantify the Origins of Life on Other Planets