A couple using metal detectors in England discovered a literal treasure trove of more than 2,500 silver coins dating back to the year 1066.

The hoard primarily includes coins depicting Harold II (1066), the last crowned Anglo-Saxon king of England and his successor, William the Conqueror (1066-87), first Norman King of England. It is the largest Norman hoard found since 1833, and the largest ever found from the immediate aftermath of the Norman Conquest.

The 2,528 coins were unearthed by metal detectorists Lisa Grace and Adam Staples at a farm field in Chew Valley in Somerset, England, BBC News reported.

Some coins may have been minted in his name after his death, as a desperate measure by survivors to hold the regime together in the two months that elapsed between the Battle of Hastings and William’s coronation.

The discovery is hugely significant, not least because it contains almost double the amount of Harold II coins compared with all of the previously known examples combined.

The hoard also contains the first known examples of a ‘mule’ between Harold and William. Mules are coins with a design from different coin types on each side of the coin, indicating that the moneyer for the coin re-used a die to create one side.

The hoard will now be examined by the local Coroner to confirm if it is ‘Treasure’. Under the Treasure Act, which in England is administered by the British Museum, museums are given the opportunity to acquire finds of Treasure.

If the finder(s) and owner of the land where Treasure is found wish to claim a reward, the find is then valued by the independent Treasure Valuation Committee and museums have to raise funds to acquire it. If this find is declared Treasure by the coroner, the Roman Baths & Pump Room in Bath have expressed interest in acquiring the hoard for their collection.

“We are very excited about the discovery of this important hoard in North East Somerset with such strong connections to our area. If we are able to acquire the coins, we will work to display them locally, as well as partnering with the British Museum to make them available for loan to other exhibitions so that they can be seen by a wider audience.”

While the coins have not been officially valued, the coins of William I could be worth in the region of £1,000 ($ 1,220) and £1,500 ($1,800) and the hoard could be worth about £5 million (around $6 million) in total. Staples said the amount they get would be shared among the whole group that went on the treasure-hunting trip and the landowner.

The years after the Battle of Hastings were very turbulent and it is possible that the owner was killed before he could retrieve his riches. 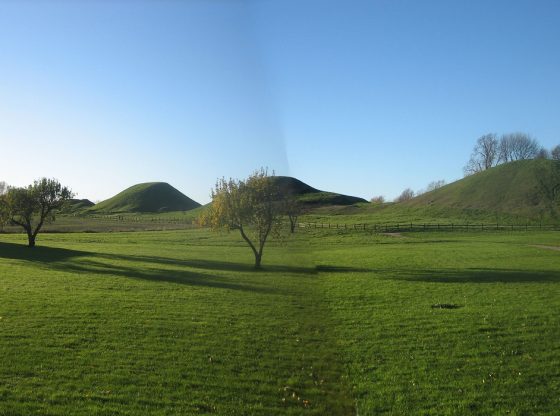 Viking Paganism as Chronicled by Adam of Bremen