Your breath could help doctors diagnose illness and researchers have now developed a simple, portable and inexpensive tool to help diagnose diseases based on your breath alone. 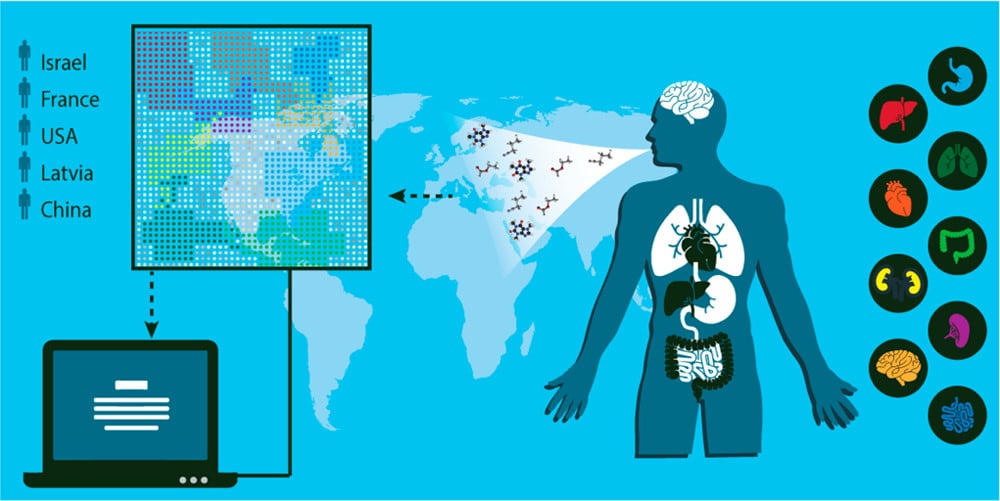 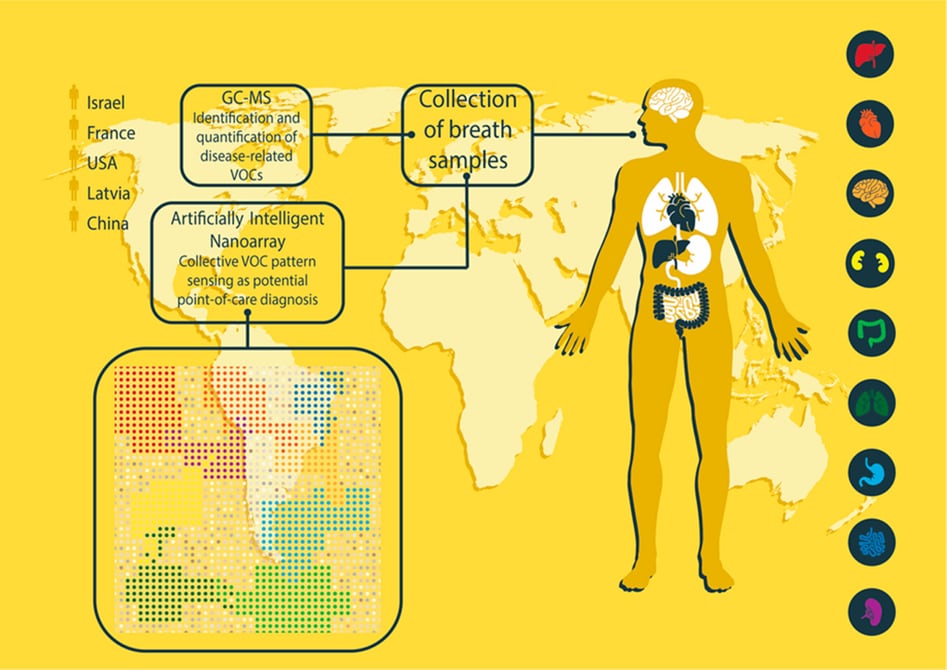 The air we exhale contains nitrogen, carbon dioxide, oxygen and small amounts of over 100 chemical components. These chemical substances vary greatly depending on a person health status.

By identifying a unique “breath print” for each disease, the researchers constructed an instrument able to pick up these substances, classify and diagnose a variety of diseases.

This simple handheld device is to be used by doctors to help diagnose patients, as an easy way to test for specific diseases. If the device finds a reliable substance that indicates a specific disease, it would enable the doctors to make more reliable diagnoses and would possibly help avoid further analysis making it possible to detect and treat disease at an earlier stage.

Previous attempts to develop similar devices have often focused on a single disease, this new device can differentiate between several diseases.

By developing a variety of nanosensors and installing them into a single tool, it is able to detect individual chemical components in breath samples from 1,404 patients spanning five countries: the United States, Israel, France, Latvia and China. Patients who were either healthy or had one of 17 different diseases, such as cancer and Parkinson’s.

The first step is the analysis – to find out what chemical components that cause a specific “breath-print” and then classify the disease. The next step is to establish what happens in the body during the disease progression, the pathophysiological process. What causes certain substances to be released during certain disease progressions, future research will certainly provide additional answers within in this field of medical research.

The method to smell the breath and diagnose disease is very old indeed. We all have an ability to detect disease with our sense of smell. The ability has possibly been an evolutionary advantage, it has been very important to smell disease for our survival as a species, especially during periods when infectious diseases were the greatest danger to humans. Disgust and distaste for a certain smell that indicates disease probably evolved to keep us healthy.

As early as 400 BCE, ancient medical scientist Hippocrates taught his students to smell their patients’ breath to obtain clues of one’s possible disease. Much later, in the late 1800s, the medical breath smell doctrine became popular again but with time disappeared in favor of more established ways to identify a disease, using more technologically advanced diagnostics and laboratory analyses.