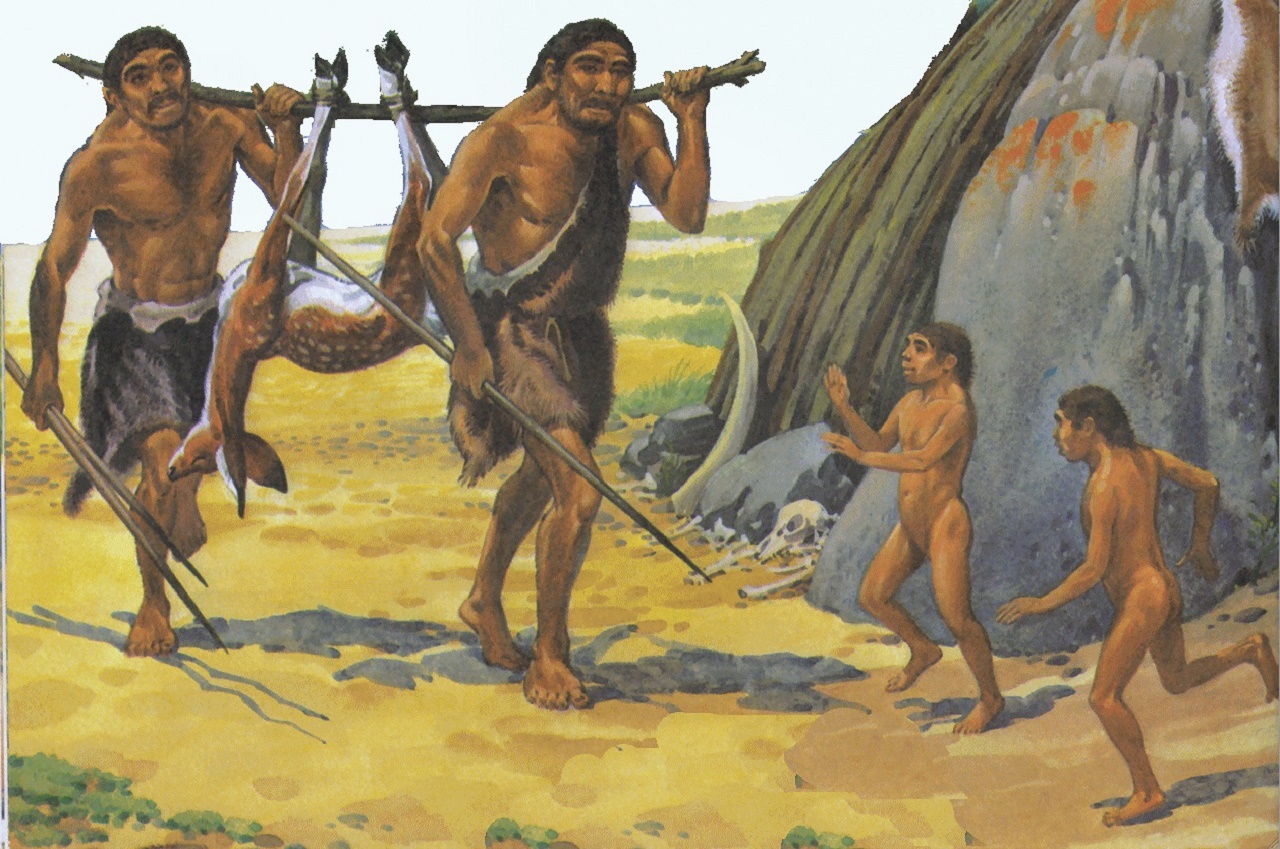 Homo erectus had a larger brain, a larger body and moved over much larger areas than their predecessors. All of which required a lot of energy in the form of food. However, Homo Erectus also had smaller teeth, a weaker jaw, and smaller digestive organs. How is this possible`

Chewing meat rather than roots and other plants may have contributed to man’s increasingly narrower and smaller jaw. This according to two biologists who have studied the effects of chewing different kinds of food.

They did this to get an idea of what made the jaw of our older human relatives gradually become less pronounced, smaller and indeed weaker. Two evolutionary biologists from Harvard undertook an experiment in which subjects were asked to chew meat and vegetables.

They simply measured the pressure over the mandible and the energy required to sufficiently chew different types of food. The scientists then calculated that if meat accounted for one-third of the diet for our ancient relatives Homo erectus almost two million years ago, this implied that they chewed 13 percent fewer times compared to earlier ancestors that ate more plants and roots.

There is, however, no clear explanation to why the human jaw became less powerful with time. Besides the fact that we started eating more meat. Another explanation could be that humans began to cut the meat into smaller pieces, which would have reduced the need for chewing even more. Also, cooking food most certainly had a pivotal effect on human evolution.

Although it is difficult to establish a direct causal link between the reduction of the jaw and these people’s diet, it is certainly a clever way to investigate this matter more closely.