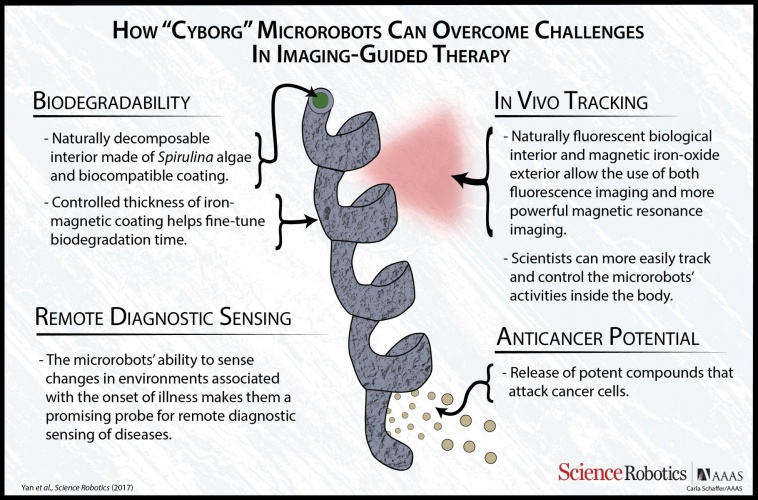 They are as small as blood cells, made out of algae and can swim around in your body. Research has made significant progress in the development of small micro-robots that can be used to deliver medicine.

The spiral algae spirula can be found in most health food stores today, but it may also have other uses as well. Known as “biohybrids”, they are biological cells that have been engineered with magnetic particles which allow them to be guided through the body. By making the spirulina algae magnetic, the researchers have shown that they can steer the algae to swim in the directs they want, inside the body of a rat.

They now hope that we will be able to use the ‘algae-robots’ in the future to deliver medicine or monitor how a disease develops in the human body. Since the algae-robots are biodegradable, they are completely harmless.

Many areas are hard to reach within the body with what is available to modern medicine today, such as some parts of the nervous system and the back of the eye. Today’s medicine is like a ship at sea without a motor or a rotor. The researchers now envision giving medicine both, allowing it to be steered to whatever specific area necessary for it to do its work.

The research team led by Prof Li Zhang from the Chinese University of Hong Kong, bathed the algae in iron oxide, making it magnetic. Then, using magnets, they can control how the algae move around within the body. The algae are also self-luminous, so their location can be monitored from outside the body.

“Rather than fabricate a functional microrobot from scratch using intricate laboratory techniques and processes, we set out to directly engineer smart materials in nature, which are endowed with favorable functionalities for medical applications owing to their intrinsic chemical composition. For instance, because these biohybrid bots have a naturally fluorescent biological interior and magnetic iron-oxide exterior, we can track and actuate a swarm of those agents inside the body quite easily using fluorescence imaging and magnetic resonance imaging.”

The researchers showed that the robots can be used to kill cancer cells in rats. The technology could be used in the future to do just that in humans as well, attaching medicine to the robots and then directing them to tumor cells, they would allow doctors to search and destroy cancer cells throughout the body. 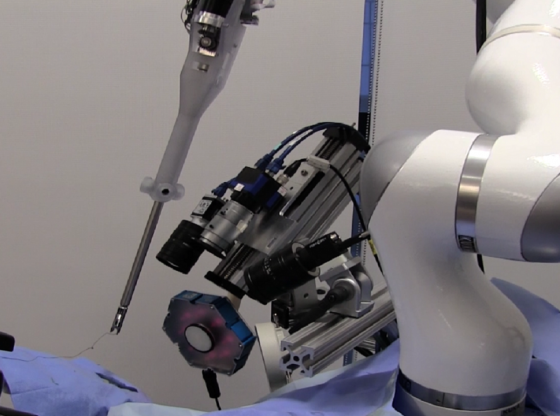