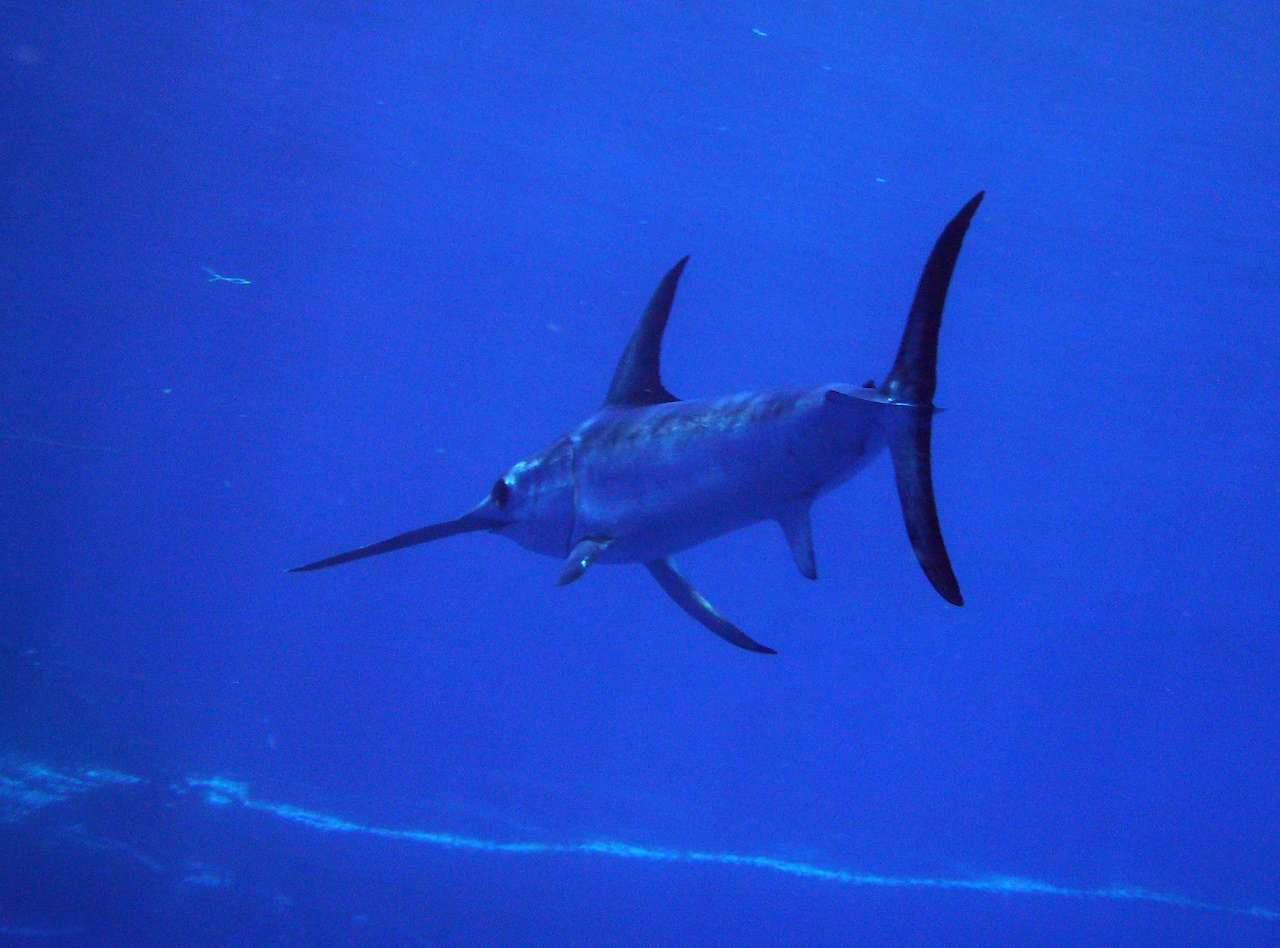 The swordfish is among the fastest swimming animals on Earth. Now a team of researchers has discovered what probably helps it to reach such high speeds. The fish appears to have pores on its head that seep out oil which reduces water resistance.

When a swordfish swims, layers of water flow along the surface of its bill and as it picks up speed, these currents threaten to break away, creating swirling areas of turbulence that increase the drag upon the animal.

But now a team of researchers from the University of Groningen in the Netherlands has discovered oil-producing glands in its head, which probably facilitates its swimming.

The oil is forced out through small pores on the fish’s head and forms a thin layer of oil that makes the head smoother and offer less resistance when the fish swims.

The oil might explain another weird feature of swordfish anatomy. They are among the only fish with a concave hollow at the front of their heads—an slight inward-curving bowl that, counter-intuitively, ought to increase drag.

The researchers note in the recently published paper that this is a typical example of an evolutionary adaptation, where predatory fish “compete” with prey fish that swim fast.