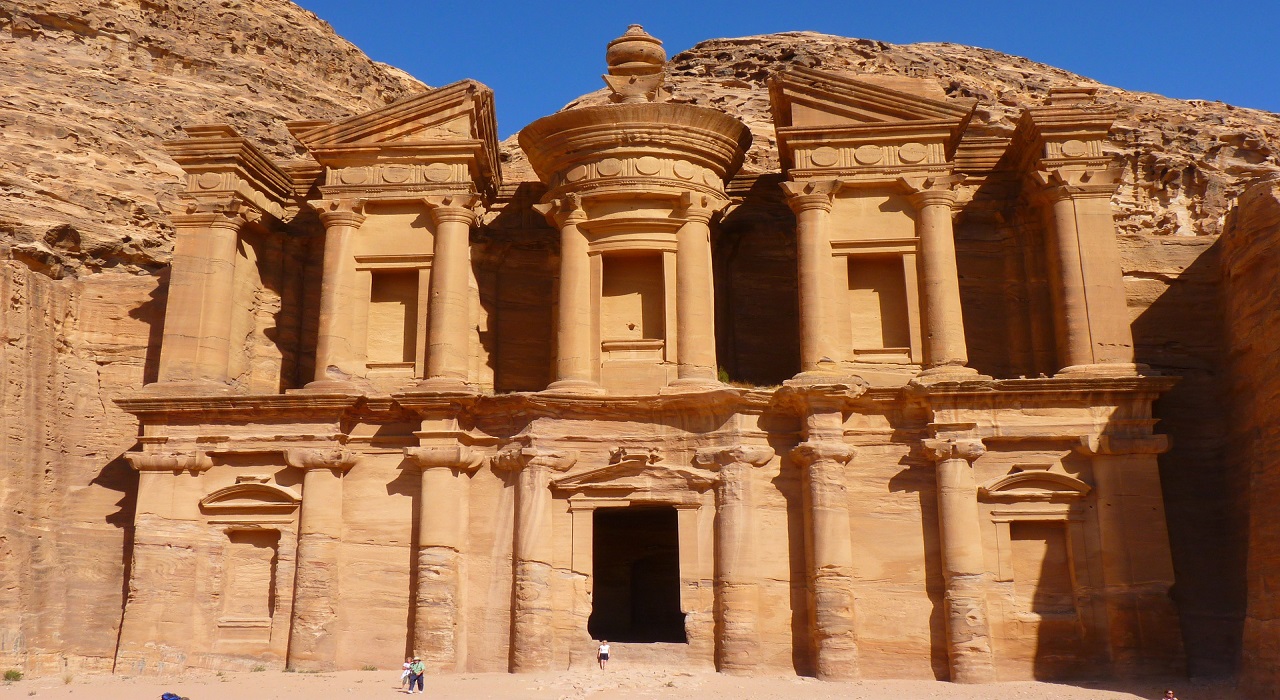 Originally known to the Nabataeans as Raqmu, Petra is a historical and archaeological city in southern Jordan. Established possibly as early as 312 BCE as the capital city of the Arab Nabataeans, it is famous for its rock-cut architecture and water conduit system.