China’s most famous archaeological finds, an army consisting of 8,000 life-size terracotta soldiers, is really Greek. Or at least inspired by Ancient Greek art. 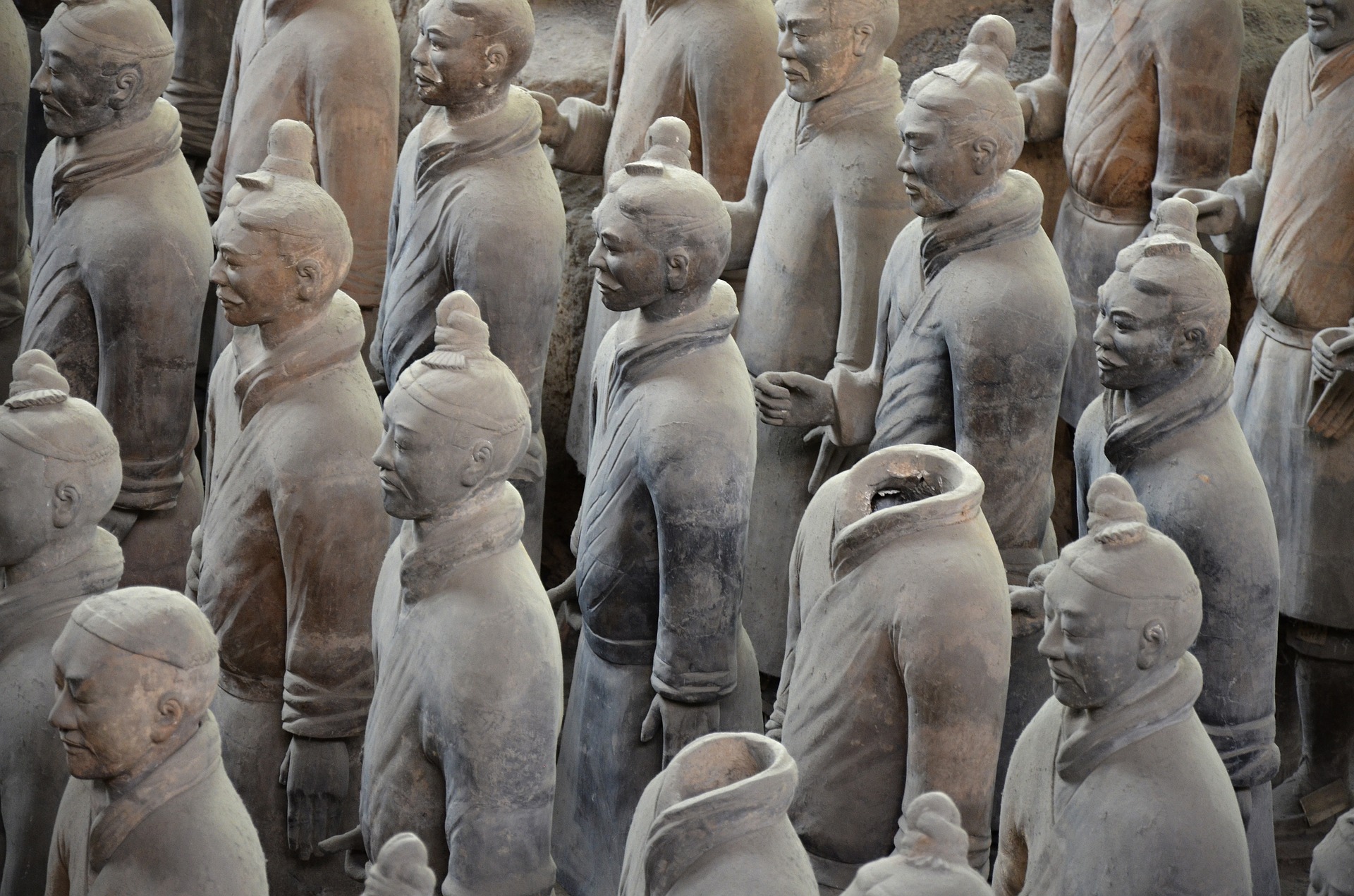 The theory is controversial since China and Europe, according to the history books, did not have a direct contact at the time when the statues were made 2,200 years ago.

The terracotta army is a collection of terracotta sculptures depicting the armies of Qin Shi Huang, the first Emperor of China. The army is believed to be a form of funerary art, buried with the emperor in 210-209 BCE, spread across a vast – largely unexcavated – funerary complex. Made up of three massive pits, containing more than 8,000 soldiers and 150 cavalry horses, plus 130 chariots pulled by 520 horses – whose purpose was to protect the emperor in his afterlife.

According to archaeologist Li Xiuzhen who participated in the excavation and survey of the soldiers, several new discoveries hint that the ancient Greeks had a hand in the creation of the soldiers.

First of all, the Chinese had no tradition of creating large, realistic statues when the soldiers were made. Archaeological findings show that the Chinese only created simple statues about 20 centimeters tall and Xiuzhen underlines this dramatic change in style.

In addition, some of the Chinese statues are strikingly similar to contemporary Greek figures and surveys have shown that several bronze sculptures found in the vicinity of the soldiers are molded with European practices.

“We now have evidence that close contact existed between the first emperor’s China and the west before the formal opening of the Silk Road. This is far earlier than we formerly thought,” Xiuzhen said to the BBC. “We now think the Terracotta Army, the acrobats and the bronze sculptures found on the site, have been inspired by ancient Greek sculptures and art.”

Lukas Nickel, chair of Asian art history at Vienna University, and one of the teams working on the history of the figures, said to the BBC, “I imagine that a Greek sculptor may have been at the site to train the locals.”

The researcher believes that the Chinese may have had knowledge of Greek art through statues that Alexander the Great brought to Asia in 300 BCE.

Alexander the Great and the Oxus civilization

That Ancient China and Ancient Greece were in direct or indirect contact at this time shouldn’t really come as a surprise, considering how close in proximity the two civilizations were after the conquests of Alexander the great.

The few archaeological evidence we have of Bactria – being such a politically unstable area with few archaeological expeditions – hint of a vast, prosperous and advanced civilization, that still existed in a later form during the time of Alexander the Great.

Today we think of the area as dominated by vast dry deserts, but this area was once very fertile, due to the greater extent of the ancient Caspian, Black and Aral sea, and the once much more powerful rivers flowing through the area. Linking it to the great Indus River and via it, the Harappan Civilization and the Indus Valley.

Alexander is thought to have founded several cities in the region and Greek astronomical instruments dating to the 3rd century BCE have been found in the Greco-Bactrian city of Ai Khanoum in modern-day Afghanistan.

The region was probably a trading hub during the time of Alexander the Great and China’s first emperor, Qin Shi Huang. The Silk Roads were to be established through the region, a couple of decades after the death of Quin. It is, therefore, probable that Chinese traders made contact with the Greek culture, that spread through Alexander to the region.