The astronaut, Scott Kelly, and his brother Mark are identical twins born with the same DNA. Scott spent more than a year in space, while his brother stayed on the safe ground and now a study shows that the gene expression of the twins are no longer the same.

The 54-year-old astronaut Scott Kelly has been in space on four different occasions. Two short trips totaling approximately one month. But then two more aboard the ISS International Space Station for a year and a half in total, with 340 of these days in a row.

Now it has turned out that Scott Kelly’s DNA expression has changed remarkably since he landed on Earth for the last time on March 2, 2016. This means that information from the DNA is decoded in another way when cells are formed.

The NASA report shows that Scott Kellys DNA expression no longer matches what he had on Earth to 100 percent, but only 93 percent. This corresponds to approximately 0.0001 percent of his total DNA.

According to NASA, there are several factors that have influenced the genetic expression. While 93 percent of the genes returned to their normal state, 7 percent still function as “space genes”, adapted to an environment with less oxygen and with greater exposure to radiation than we have here on Earth protected by the Earths magnetic fields.

On the other hand, DNA changes for everyone in a normal life too, including hospital visits that expose us to x-ray or air travel when exposed to cosmic radiation.

Exactly what this means for Scott Kelly’s continued life on Earth or for future long journeys to the planet Mars is something the researchers are now trying to find out.

In addition to the changes in gene expression, Scott Kelly became more than five centimeters longer – something that was adjusted when the earth’s gravity began to work on him again.

One of the more surprising findings from another NASA study is that Kelly’s chromosomes grew longer while he was in space, at least in his white blood cells. The changes occurred in what’s known as the telomere, a cap of genetic material that sits at the end of each chromosome.

Normally, telomeres shrink with age, the idea being that each time a chromosome is copied during cell division, the process chips away at that cap. Shortened or frayed telomeres are largely thought to be responsible for the age-related cellular breakdown.

But Kelly’s telomeres elongated in space … and then quickly shrank to their original lengths after he returned to Earth. That these structures exhibit such flexibility is intriguing and potentially quite consequential.


Kelly’s one-year mission is a scientific stepping stone to a planned three-year mission to Mars, NASA said. Research into how the human body adjusts to weightlessness, isolation, radiation and the stress of long-duration spaceflight is needed before astronauts are sent on journeys that would triple the time humans have spent in space so far. 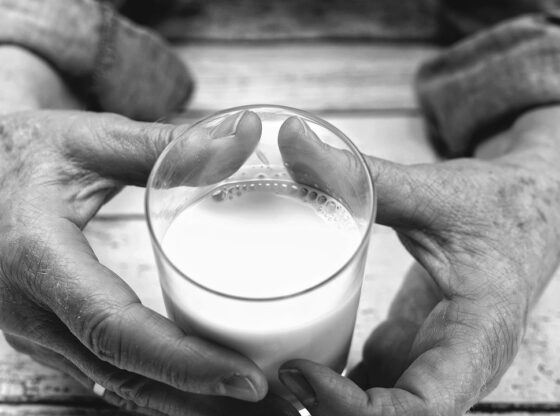