A total of 400 filling stations for hydrogen-powered cars will be built in Germany during the next 10 years. The idea is to provide hydrogen every 90 kilometers (56 miles) along the highways in densely populated areas.

The automaker Daimler, several oil companies, Shell, Total and OMV and two gas companies Air Liquide and Linde are all spearheading the initiative called H2mobility. With a goal of having built an additional 400 public hydrogen filling stations in Germany by the year 2023.

The first phase consists of 100 refueling stations over the next four years. Built within all the major metropolitan areas, such as Berlin, Hamburg, Frankfurt, Stuttgart, and Munich. For each of these, there are to be at least ten filling stations.

The scope of the initiative can be compared to the only 15 public hydrogen filling stations that exist in Germany today.

Hydrogen is on the Move

Other countries that are at the forefront of the hydrogen boom are Japan, South Korea, the United Kingdom and the United States. California stands out for the latter of these. 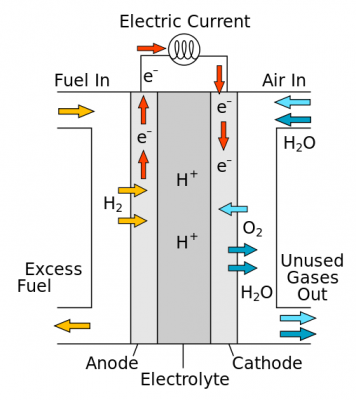 California decided last week to invest in a network of 100 hydrogen stations. And at the beginning of the year, the UK presented a plan to have built about 1,000 stations by the year 2030.

A Fuel of the Future?

This investment spree should be seen in the context of future availability of hydrogen cars. With several more carmakers planning to start production of fuel cell cars in 2015. Among these are some of the largest automakers in the world, such as Hyundai, Toyota, Honda, Mercedes, Nissan, Ford and General Motors.

In contrast to fossil fuel cars, a vehicle fueled with pure hydrogen emits only water as a waste product. However, it should be noted that the production of the hydrogen itself may create pollutants – unless produced using only renewable energy.

On a side note, hydrogen is the most abundant element in the universe.